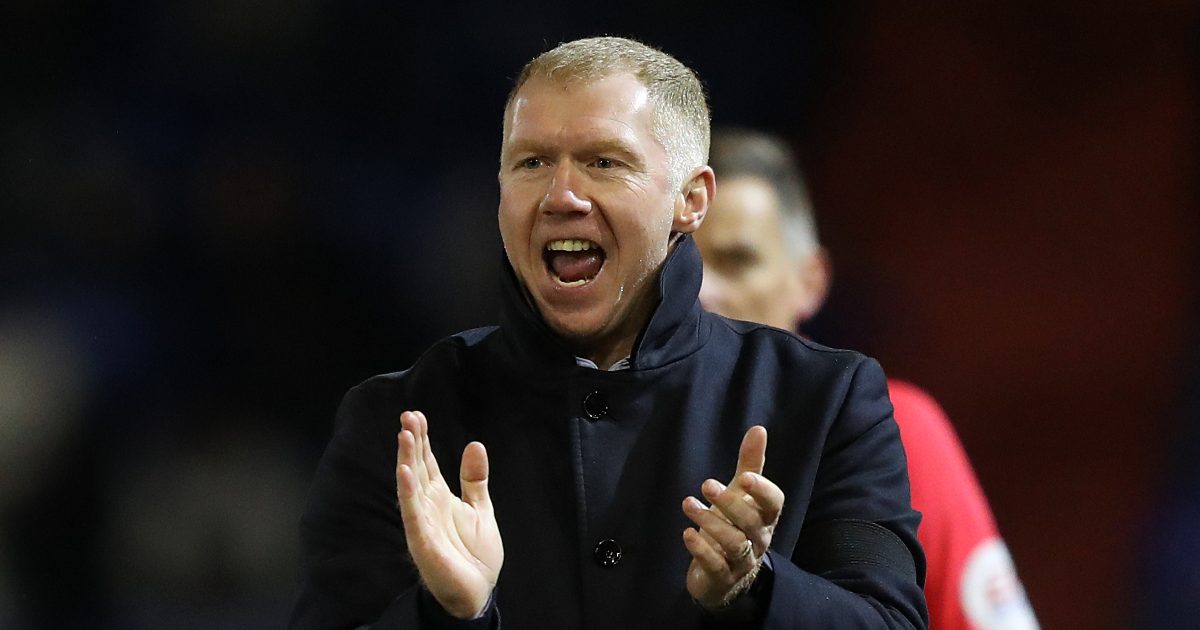 Paul Scholes has picked out two managers who he would like Manchester United to appoint as Ralf Rangnick’s replacement in the summer.

Rangnick joined Man Utd in December. The German is set to be their interim boss until the end of the 2021/22 campaign.

Scholes believes his former club should bring in either Antonio Conte or Mauricio Pochettino ahead of next season.

Conte was heavily linked with the Red Devils before he took over at Tottenham in November. He recently pushed the club’s board to match his ambition.

Pochettino has also been mentioned as a potential target for United. The former Spurs boss became PSG manager at the start of 2021.

Scholes believes Conte could potentially do “something special” at Man Utd. He also acknowledges that Pochettino is a “brilliant manager”:

“Conte and Pochettino, they’re the ones we want. Conte, we know he’s up there with [Pep] Guardiola, [Thomas] Tuchel and Jurgen Klopp,” Scholes told the Webby & O’Neill channel.

“You know what, I still think [Man Utd] could still get him from Tottenham. Tottenham fans probably won’t like me saying for saying that. But you can see Conte is already getting a little bit frustrated with his squad of players.

“I think he could do something special here, Conte. He’s got the pedigree to do it. Will we be able to get him? I don’t know.

“Pochettino – I think he’s a brilliant manager. I love what he’s done at Tottenham and at Southampton. PSG? We don’t know yet. Give him another year or this season to see if he can prove to be an elite manager.

“But because he hasn’t won anything of significance, and I think he won the French league and cup last year, he still has something to prove for me. I think he’s more than capable of doing it.”

Scholes went onto suggest that he “can’t get his head around” United bringing in Rangnick:

“We’ve gone to man who is very well-regarded across Europe and Germany especially. The coaches like Klopp and Tuchel speak highly of him. But he hasn’t had that much success as a coach.

“He did a little bit in Germany – won promotion and did a little bit with Schalke. But he’s been asked to manage one of the best clubs in the world. It’s something I just can’t get my head around.

“They haven’t got [the best]. It should be one of the top five managers in the world. Tuchel, Guardiola and Klopp – they’re the top three. They’re unavailable, no chance you can get them.”