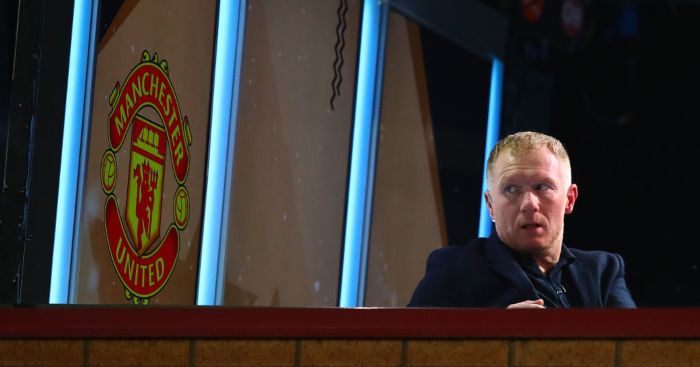 Paul Scholes thinks Manchester United’s loss to Burnley could do Ole Gunnar Solskjaer “a favour” by forcing the club into splashing out on Bruno Fernandes.

Sunday’s defeat to table-topping rivals Liverpool was compounded on Wednesday evening as Burnley secured a first victory at Old Trafford since 1962.

Chris Wood opened the scoring and a memorable 2-0 victory was wrapped up in style by hometown favourite Jay Rodriguez, whose stunning strike darkened the mood of the United faithful.

Solskjaer will be keen to strengthen his squad after that display with Sporting Lisbon midfielder Fernandes one of many linked with a move to Old Trafford.

There has been an apparent delay in completing a deal for Fernandes with reports suggesting that the two clubs were miles apart in valuations.

A report in Portugal did say that a deal could be agreed by close of play yesterday but there has been no official news from either of the clubs.

And Scholes thinks the poor performance against Sean Dyche’s men could see Man Utd push through a deal or two.

“Too often this season Manchester United have had two good results and then had two or three bad results,” Scholes told Premier League Productions.

“That performance tonight might do him [Solskjaer] a favour in the transfer market. It might spur the club on to spend that few extra million on the players they’re looking at like Bruno Fernandes.

“It might get done tomorrow because of this. He needs more bodies in the building. He’s got some big injuries so he needs help.

“The club need to help him now. I fear for the next few weeks because the injured players aren’t coming back for a while. He’s stuck with these players for now unless they sign anyone.”