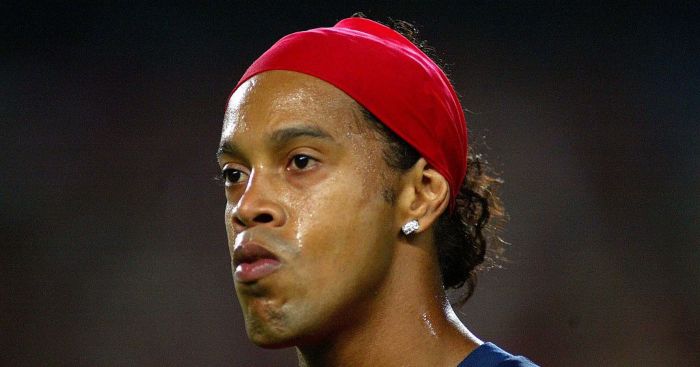 And Scholes claims they weren’t the only two players that Man Utd missed out on during his time at the club with the likes of Damien Duff and Arjen Robben choosing other clubs.

“I always remember two or three who were possibly coming, I remember Harry Kewell was one and you knew what a good player he was,” Scholes said on Savage Social.

“He was brilliant. I think he ended up turning us down and going to Liverpool which didn’t really bother us that much.

“I think Damien Duff at the time was another one. Arjen Robben, I think he was very close to coming. As a midfield player who look forward to playing with quick players who can run with the ball and score you goals.

“But I think the one that stands out is Ronaldinho. I really thought the manager got him.

“I think we were away for pre-season, it was as close as announcing him and giving him a number. But I think he ended up changing his mind at the last minute and signing for Barcelona. It’s strange really because on that pre-season tour we were playing against Barcelona.

“So we were all excited… ‘Ronaldinho what a player’, I think he was coming from PSG at the time, and thought we were all going to get to play with him and he was going to bring something special, almost like what [Eric] Cantona brought to the team.

“Then the next minute, three days later, we’re playing against him and everyone is trying to kick him. We’re trying to boot him because he didn’t sign for us, which was disappointing.

“I’m not bothered. I was lucky enough to play with so many great players, he would have just been another unbelievable player I might have had a chance to play with but it never happened.”