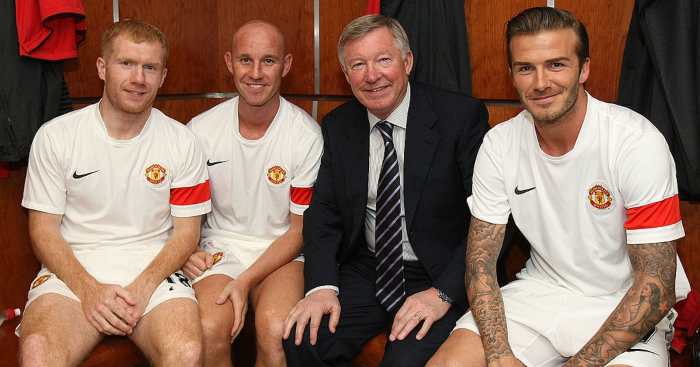 Paul Scholes says that there were certain individuals that would love having a “pop back” at Sir Alex Ferguson during his tenure as Man Utd boss.

Ferguson had a reputation for delivering verbal volleys at his players so intense it earned the nickname the ‘hairdryer’.

And Scholes has claimed that Paul Ince, Peter Schmeichel, Ryan Giggs and David Beckham were four players that loved to answer back at Fergie.

MEDIAWATCH: How to buy Bruno Fernandes for £4m and more nonsense…

Scholes has recalled the first time he argued with Ferguson after attempting a backheel on the halfway line during a Man Utd match against Newcastle, leading to Alan Shearer scoring.

He told Savage Social: “It was the first time I ever answered back. It was never something I would ever do because I’d seen people answer back to him, I’d seen Incey answer back and Schmeichel – and it doesn’t end well. Trust me.

“But for this one occasion I thought it was merited, I thought I’d made a little bit of a difference to the team, got us back into the game really. Some people loved arguing with him. Giggsy is one. He can’t keep his mouth shut, whether he’s right or wrong it doesn’t matter.

“Beckham was the same. He’d always have a pop back but I’d never say a word.”