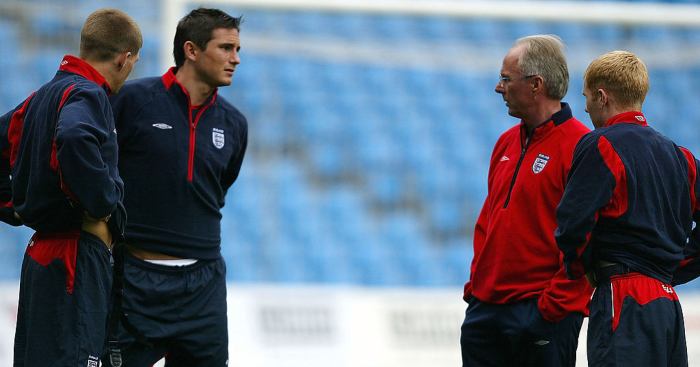 The trio are widely recognised as the best three English central midfielders of their generation and there has been plenty of debate down the years as to who was the cream of the crop.

When asked on the Savage Social who was the best of the trio, Scholes replied: “Stevie G and Frank, of course.

MAILBOX: Beckham was better in the ’99 final than Gerrard was in 2005

“I’m sick to death of hearing about this to be honest. It doesn’t really matter. People can have their own opinions. Them two were amazing, amazing players. But very different players.”

Scholes’ Man Utd team-mate Rio Ferdinand thinks the rivalry between club players in the England camp made success difficult for the Three Lions.

“It overshadowed things. It killed that England team, that generation,” Ferdinand said.

“One year we would have been fighting Liverpool to win the league, another year it would be Chelsea. I considered the Premier League to be my title. So I was never going to walk into the England dressing room or the canteen and open up to Frank, to Ashley Cole, John, Joe Cole at Chelsea, or Steven and Jamie Carragher at Liverpool.

“I wouldn’t open up because of the fear that they would then take something back to their club and use it against us, to make them better than us. I didn’t want to engage with them in that sense.”