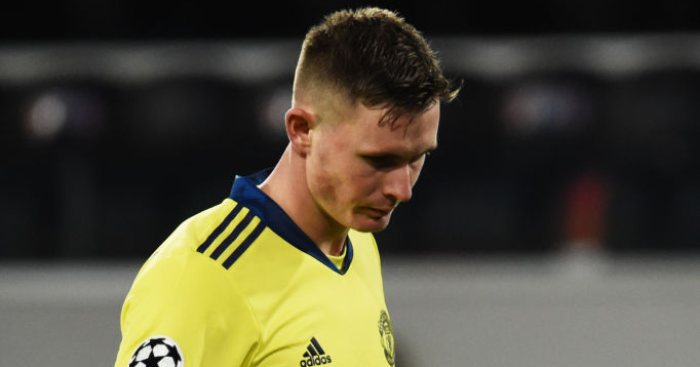 Man Utd legend Paul Scholes has picked out Dean Henderson and Nemanja Matic for criticism after they lost 2-1 to Istanbul Basaksehir.

Former Chelsea striker Demba Ba scored the opening goal of the game in strange fashion as a long ball left him completely unmarked and through on the Red Devils’ goal in his own half.

The Turkish outfit then added another before Anthony Martial struck to halve the deficit but Man Utd failed to find an equaliser.

And the opening goal riled Scholes with goalkeeper Henderson and midfielder Matic coming in for stick.

“It’s comical, it’s laughable what has happened,” Scholes told BT Sport. “Normally before a game you have your set-pieces, you’ll have your man who should be on the halfway line for corners.

“They’ve got nobody within 20 yards of their centre-forward. We saw [assistant manager] Mick Phelan trying to organise, trying to get people there, but it just didn’t happen.

“Dean Henderson, he should be able to see that as well. Dean Henderson especially [needs to take responsibility]. Matic, a man of his experience, you’re telling me he can’t see that man 20 yards behind him?”

On Matic, Scholes added: “Why would he leave him when Matic can’t run anyway? Matic has got 20 yards to make up on him, there’s never in a million years he’s gonna get there.”