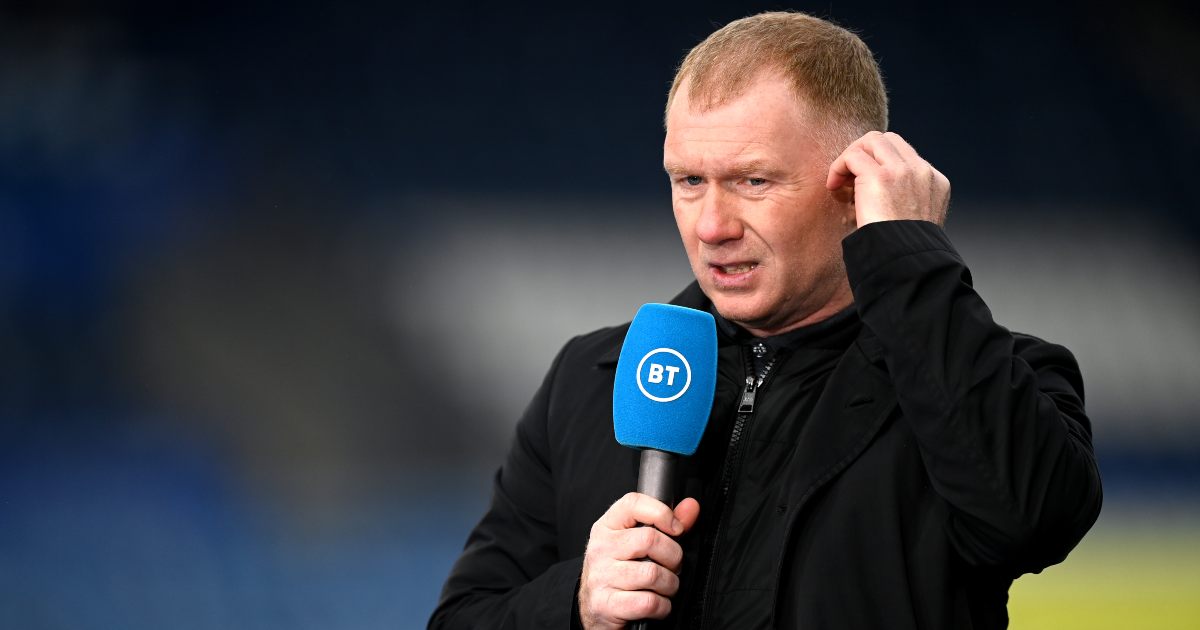 Former midfielder Paul Scholes thinks Man Utd need to sign “a real dominant centre-half” to take them to the “next level”.

The Red Devils got back to winning ways in the Premier League on Sunday as Ole Gunnar Solskjaer’s men saw off the threat of relegation-threatened Newcastle.

After managing just one victory in their previous five top-flight matches, Ole Gunnar Solskjaer felt Thursday’s 4-0 Europa League shellacking of Real Sociedad showed his side had got over their recent slump.

While they fell short of those standards on Sunday, second-half goals from Daniel James and Bruno Fernandes goals secured a 3-1 victory against embattled Newcastle after Allan Saint-Maximin had cancelled out Marcus Rashford’s fine opener.

And after watching their victory over the Magpies, Scholes recommended one addition that would improve Solskjaer’s current Man Utd side.

“I think they’re missing a real, dominant centre-back,” Scholes told BT Sport. “If you look back at history at the teams who win leagues, they have real leaders in their back four.

“I think Maguire possibly could be but I think they need someone with him who can be really dominant in that position, really commanding, can bully a centre forward, can demand from the rest of the squad around him, on and off the pitch as well.

“I don’t think they’re far off at all. ‘I think the attacking play, the midfield play, Paul Pogba looks a brilliant player, the play we hoped we bought. Fred and McTominay are doing well, McTominay especially.

“The attacking players are a real threat. Greenwood is coming of age, he’s still a young player but the more games he plays the more star quality you’ll see, this lad could be a superstar.

“You’ve got Rashford, you’ve got Martial, okay he’s struggling for confidence but that lad’s got real ability.

“You’ve got the experience of Cavani, there’s goals in the team, we’ve not even spoke about Fernandes. There’s real goals in the team. I think a real dominant centre-half with authority could tip United to that next level.”