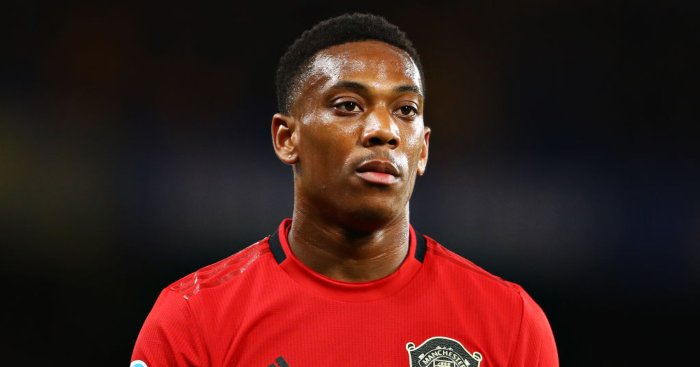 Paul Scholes thinks Anthony Martial “looks like he doesn’t take that much information in” following Manchester United’s 2-0 victory at Chelsea on Monday night.

Chelsea endured a third loss to United this season, with the Red Devils claiming their first league double over the Blues in 32 years.

Martial and Harry Maguire scored for the visitors, while Chelsea had goals from Kurt Zouma and Olivier Giroud chalked off by the video assistant referee (VAR).

“Ole [Gunnar Solskjaer] clearly thinks there’s a centre forward in there and he’s telling him to get in the box as often as he can.

“Tonight he laboured at times to get in the box, he didn’t really bust a gut. You shouldn’t need to [tell a striker to get into the penalty box], but if you’re Anthony Martial he looks like he needs telling.

“He looks like he doesn’t take that much information in. Some players are like that, sometimes you tell them once and they’ll do it all the time.

“He looks like you need to tell him every two minutes, what you want him to do.”

On Martial’s goal, Scholes added: “If he’s capable of stuff like that, he did it once tonight and he got his goal, so Ole will be after more of that.”