Home All The News Scholes: Why good recruitment is ‘virtually impossible’ at Man Utd 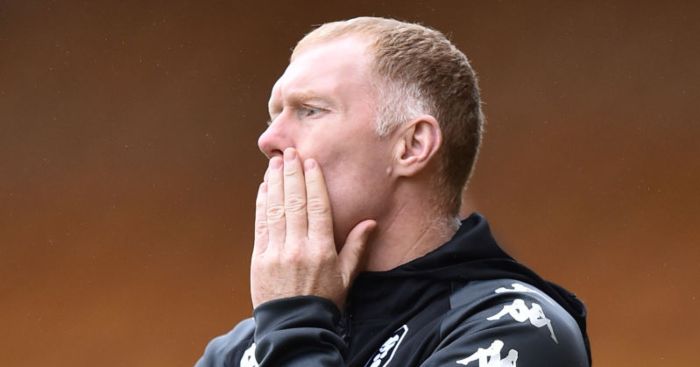 The Red Devils backed up their narrow Premier League victory over West Brom at the weekend with a 4-1 win against Istanbul Basaksehir in the Champions League on Tuesday night.

Man Utd signed several players in the summer transfer window but left the majority of them until transfer deadline day, leaving many onlookers to conclude they were panic buys.

Ole Gunnar Solskjaer’s side lined up at Old Trafford on Tuesday in a 4-2-3-1 but have previously tried systems with three at the back and three in midfield.

And Scholes thinks the constant change in formation and their lack of “a way of playing” is costing them in the transfer market.

Scholes told BT Sport: “The big trouble United have at the minute I think is they haven’t really got a way of playing.

“They change from week to week so how can they find a player?

“Say they play 4-3-3 every week, they can find the type of player. I can find two wide players.

“That’s the big difference with Sir Alex. He knew exactly the way he was going to play so he could buy the right types of players.

“It’s virtually impossible for a chief scout or director of football because you have no idea what sort of player you want.”