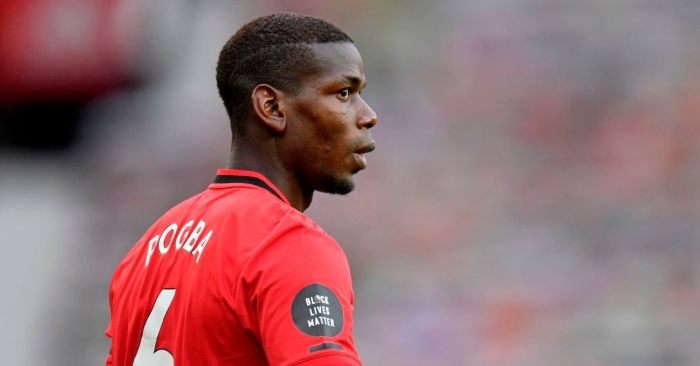 Paulo Dybala could be used as part of a deal to bring Man Utd midfielder Paul Pogba to Juventus, according to reports in Italy.

Andrea Pirlo was announced on Saturday as the new Juventus manager, following Maurizio Sarri’s sacking, and the new man at the helm reportedly has his eye on Pogba.

The French World Cup winner has been heavily linked with a move to Juventus and Real Madrid over the last 12 months or so, but speculation has died down recently after recovering from injury to play a key part in Man Utd’s post-lockdown resurgence.

Pogba re-joined Man Utd for £89m in 2016 and it’s understood that the Red Devils will be looking a similar fee if they are to sell him in the next transfer window.

There was some speculation in June that Juventus could sell the likes of Aaron Ramsey to raise funds to buy Pogba but it has been quiet since then.

However, Tuttosport (via the Daily Mail) claims that after speaking to the club’s directors about incomings and outgoings, Pirlo has decided that Dybala will be the big player to leave this summer.

Juventus want to provide Pirlo with ‘a great midfielder’ this summer and Pogba ‘would gladly return to Juventus, even more so now that Pirlo is on the bench’.

The Old Lady is considering whether to offer Dybala as part of the deal with Juve ‘forced to sacrifice the Argentine’ this summer.