Home F365 Says Can Paulo Dybala still be a hero anywhere but Juventus? He should avoid Ronaldo 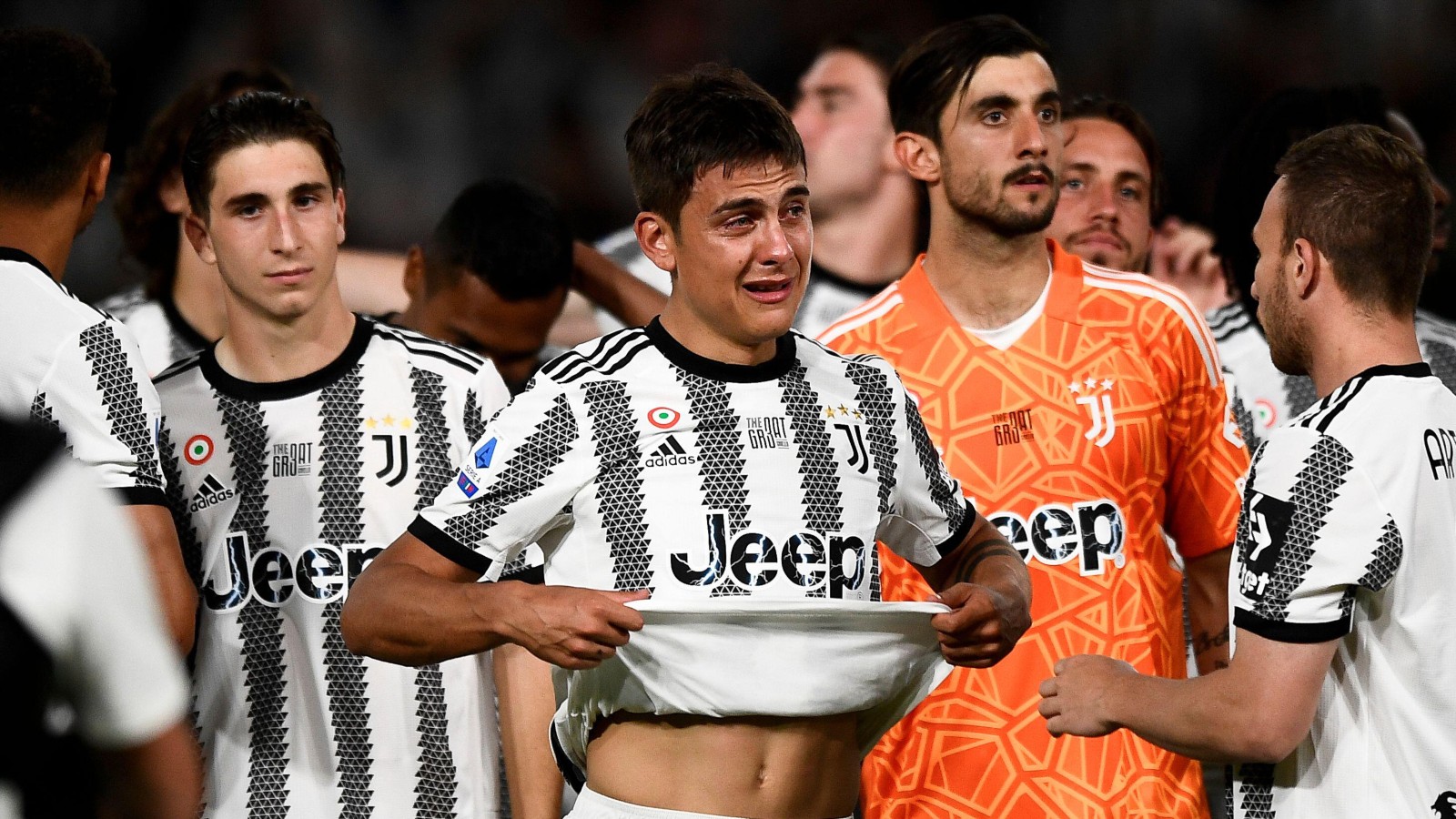 Paulo Dybala bid a tearful farewell to Juventus but most of the fans were just mourning the exit of Giorgio Chiellini. It hasn’t quite worked.

Tears streamed down Paulo Dybala’s face as he realised the curtain had fallen on his Juventus career after Monday’s 2-2 draw with Lazio at the Allianz Stadium. All in all, an inconsistent seven years in Turin meant that he didn’t get the send-off he perhaps envisioned when he arrived from Palermo in 2015. There were times when he looked like one of the best young talents in Europe, and others when his presence felt like an anchor to a successful, yet slightly disappointing era in the club’s modern history.

It spoke volumes that the other man waving goodbye to the Bianconeri, Giorgio Chiellini, was getting all the love. A legend is leaving at the same time as a talent, when perhaps in another world, two legends might have left together. He had his moments – two goals against Barcelona in the 2017 Champions League quarter final immediately spring to mind – but ultimately he leaves somewhat unfulfilled, having entered the back end of his peak years still desperately looking for a career-defining moment. If Juve had gone on to become champions of Europe that year, beating Real Madrid in Cardiff, he may have got that moment. Not for the last time, Cristiano Ronaldo stole his thunder.

Dybala joined after Juve had lost in the final to Luis Enrique’s treble-winning Barcelona side two years earlier. But with the departures of Andrea Pirlo, Arturo Vidal and, a year later, Paul Pogba, it was hard to view him as the man to push them over the edge. Instead, he was a player to help them change course as their ageing squad began to dismantle. After losing that night in Berlin, it still seemed like there was more to come; the Cardiff defeat was the more pertinent sliding-doors moment. Juve were a club who had won Serie A every season since 2011/12 and their run would last until 2020, meaning nine successive Scudettos. While it would be disingenuous to accuse the club of taking their continued domestic glory for granted, they became increasingly desperate to lift the Champions League for the first time since 1996. Then their problems increased, and so did Dybala’s.

The drive for that one target clouded judgment and the bigger picture was lost. Ronaldo arrived in 2018; as the Champions League’s all-time top goalscorer and a key part of Madrid lifting the trophy four times in the previous five years, he seemed a sound investment. But with his age and his style, he needs certain concessions and sacrifices. It is very much short-term gain for long-term pain. As Manchester United have found out this season, Ronaldo will score goals consistently and even win games by himself at times, but the framing of his presence is detrimental in the grand scheme of things. In both cases, the clubs have regressed. It isn’t directly his fault, but the trend is too common to ignore.

At Juventus, Dybala was one of the sacrifices. He became a member of the supporting cast when he had previously looked like a potential star. Confidence and form became an issue, and critics blamed his mentality. In reality, nobody was helped by the exit of Max Allegri or the arrival of Maurizio Sarri – whose high-pressing philosophy jarred with the best way to use Ronaldo – Pirlo and then Allegri again. There was no longer any stability, only blind panic. Having joined to win the Champions League, Ronaldo left last summer with the club only just scraping into the competition. Now Dybala is following him out of the door as something of a peripheral figure.

Dusan Vlahovic is the club’s new poster boy and the man everybody is pinning Old Lady hopes upon. It is time for Dybala to find his best form elsewhere. Staying in Italy appears the most natural next step, with Inter a potential destination. It remains to be seen whether they can keep hold of Lautaro Martinez beyond the summer, and Dybala, who is available on a free transfer, fits the bill as a replacement.

But wherever he goes, Dybala represents a chance to unlock something not seen for a while. He is still only 28 – there are years left for him at the top level. It is a cliché to say that a move suits all parties, but this is one such example where it is true. Things could have been very different for the Argentine in Turin, but all is far from lost. His decline matched Juventus’, with mitigating circumstances for both; the tears he shed may not just be sadness because he’s saying goodbye, but also for the lost potential he never quite realised. He’ll hope his next chapter is a better