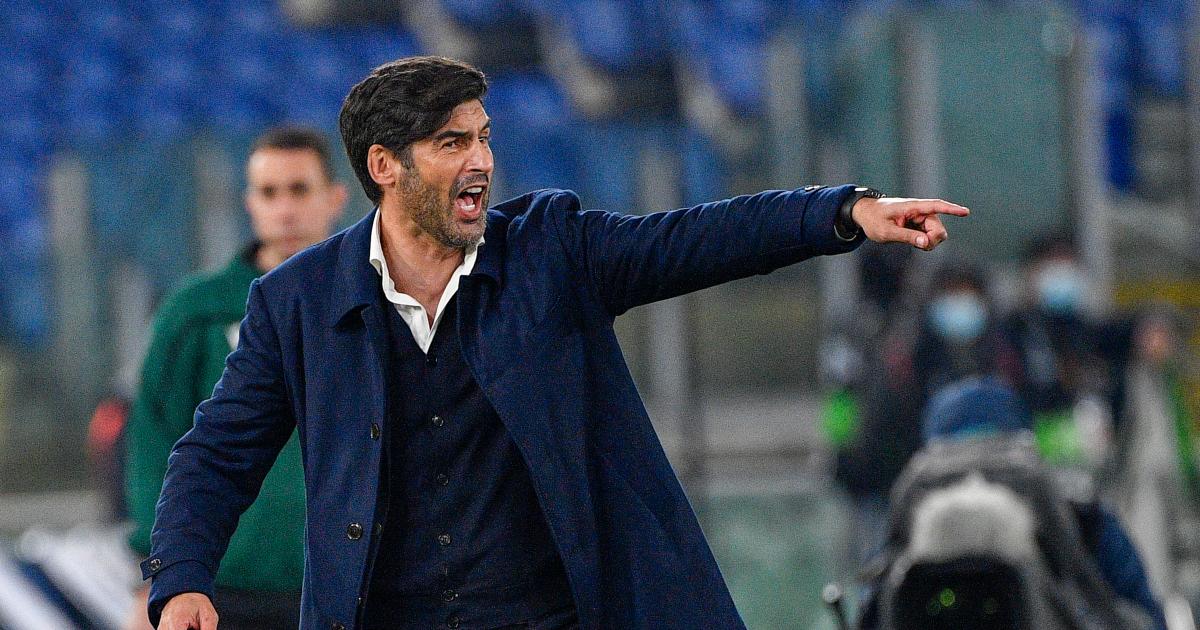 We start with a little Ronaldo, but really we are here for the pre-emptive kicking of Paulo Fonseca…

Ron or two things
‘CRISTIANO RONALDO has never played in the Europa League – and he clearly has no appetite to start now,’ reads the opening paragraph of Dave Kidd’s match report in The Sun.

‘For the best part of an hour last night, it looked as though Manchester United, and their five-time Champions League-winning Galactico, were heading for Thursday night football as they trailed Atalanta by two goals.’

Actually no, Dave. For the best part of an hour, Manchester United were heading for bottom place in the group and no European football at all.

Oh and Ronaldo has played in the Europa League precursor the UEFA Cup, so that clever-clever opening line is a tad disingenuous.

Apart from all that, excellent bloody work.

Later in the article, it becomes ‘just centimetres’. Which raises the question as to whether saying somebody was ‘just‘ anything at all is better than saying that actually, the pitch invader had an actual hold of Ronaldo’s shirt. Does the jeopardy of ‘just‘ trump contact now?

Real fan talk
Elsewhere, the lazy quest for ‘stories’ gleaned from Twitter leads The Sun to ”Two words.. viva Ronaldo goodnight!’ – Fans MUTE BT Sport over Robbie Savage’s ’embarrassing’ punditry in Man Utd win’, which leads Mediawatch to wonder whether actually, fans being ‘just INCHES away from muting’ might have made a better headline.

We are told that ‘MANCHESTER UNITED fans MUTED BT Sport because of Robbie Savage’s ’embarrassing punditry”, which is bizarre for all sorts of reasons, but largely because they then go on to quote…

1) a journalist from Liverpool.
2) a Leeds fan channel creator.
3) a sports feature writer from The Independent.
4) a sports reporter from the Express.
5) a Newcastle United fan.

So not a single Manchester United fan at all. Thus negating the whole newsworthiness – such as it ever was – of the story.

Who are you Kidding?
Mediawatch agrees with Dave Kidd to a certain extent that the Newcastle United job is a ‘hospital pass’ to be avoided by elite managers, though this whole section of his Sun column does not really stand up to scrutiny:

‘This current squad is probably stronger only than Norwich and Watford, and is overly reliant on Callum Wilson and Allan Saint-Maximin.

‘Leeds are surely too good to go down. Burnley are Burnley and always survive. Southampton and Crystal Palace, widely tipped as pre-season relegation candidates, are showing real promise.’

Writing that after a weekend when Southampton have recorded their very first win of the Premier League season with a victory over Leeds United (who are themselves massively over-reliant on two or three players), who have also won just once is a little misleading.

And we cannot help but think that Kidd has ignored the really quite important point that a new manager should really do better than Steve Bruce. We remain unconvinced that last season’s 12th-place finishers are suddenly a ‘relegation-level squad’.

Sad songs say so much
In the Daily Mail, Martin Samuel writes that ‘it is hard to imagine a sadder sacking in football this season than the one that took place at Newcastle on Wednesday’. Again, there is some truth to this notion – a man being sacked by the club he loves under a barrage of abuse is absolutely not nice – but Samuel writes as if there was absolutely nothing Bruce could have done about this situation.

‘So the great sadness for Bruce was that he was never good enough for them. Never good enough for his own kind. He was not so much booed out as booed in, because he was seen as a journeyman manager and followers of Newcastle think they are bigger than that.’

There was some scepticism about Bruce – that much is true – but nothing that actually winning football matches could not combat. He started with one win in his first seven Premier League games as manager and things barely ever got any better, with Bruce at no point putting together a run of more than two top-flight wins in over two years.

If you think that Newcastle fans would not have been won over by decent football and eye-catching results, then you have really not been paying attention to football over the last 30 years.

‘Yes, Bruce’s Newcastle could have taken greater risks, but what if those risks had not paid off? His remit was to keep Newcastle safe.

‘Keegan’s great entertainers blew the title; Bruce couldn’t afford to ignore his brief in a bid for popularity.’

Yes, Bruce was clearly right to avoid the fate of Keegan’s title challengers at all costs. We can all agree that he swerved that particular obstacle.

Samuel of course goes on to denigrate Bruce’s likely successor, taking us back to Samuel’s indignation when Frank Lampard was taken for a RIDE by Chelsea and replaced by Thomas Tuchel (‘Will he greatly care for the future of Mason Mount, Reece James or Tammy Abraham?).

‘He has impressed with smaller clubs such as Pacos Ferreira but failed when given the plum job at Porto in 2013.

‘Fonseca took over a club that had won back-to-back titles but was sacked in March during his first season, with Porto nine points off Benfica.

‘He thrived with Shakhtar Donetsk in Ukraine, less so with Roma, who had finished seventh when Fonseca was replaced by Jose Mourinho.’

‘He has impressed with smaller clubs’ is one hell of a way to dismiss taking Pacos Ferreira from tenth to third and the actual Champions League. And it’s odd that Braga do not deserve a mention; Fonseca led them to the first Portuguese Cup trophy in 50 years.

But of course he embarrassingly struggled with Roma, who he moved from sixth when he took over in 2019 to fifth and then seventh and a Europa League semi-final, which is the kind of failure that will surely haunt him. Except it won’t because he will have left ‘without a backward glance because that is the lot of the European coach’. Yes, this is the Daily Mail and working outside your own country is something to be denigrated.

‘Who knows whether Fonseca’s second stint at Pacos Ferreira – finishing eighth – was good, bad or indifferent?’

Well, as he took over a team that had just finished 15th and had to battle in a promotion/relegation play-off despite being in the Champions League, we are going to plump for ‘good’. It was good enough to earn him that Braga spell you have decided to ignore anyway.