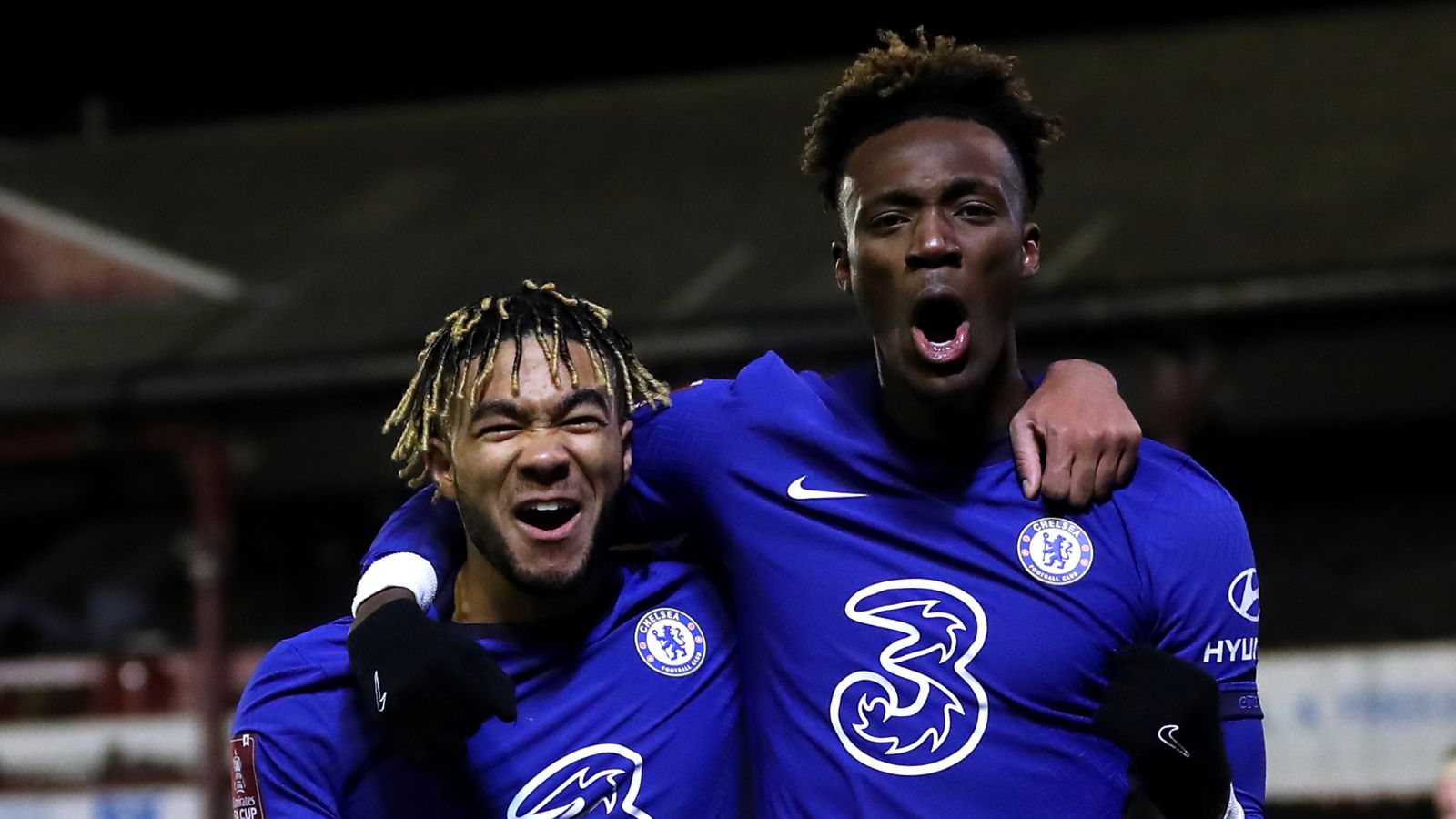 Both players progressed through the ranks at Chelsea. After impressing at Bristol City and Aston Villa, Abraham became a regular for the Blues in 2019/20.

The forward grabbed 18 goals across all competitions during that season.

Nobody predicted this Italian renaissance from Tammy Abraham

The Englishman fell down the pecking order last season as he barely featured under Thomas Tuchel.

Abraham signed for Roma last summer permanently for around £34m. He has been in great form as he has grabbed 23 goals from his 40 appearances.

Along with James, the 24-year-old has been included in the England squad for this month’s friendlies.

James (via Instagram) has praised Abraham, as he said: “Numbers don’t lie. Pay some respect please.”

Elsewhere, Chelsea head coach Thomas Tuchel has not ruled his side out of the Premier League title race despite being 11 points behind league leaders Manchester City.

The Blues made light of the off-field issues surrounding the club on Saturday evening to ease their way into the FA Cup semi-finals with a comfortable 2-0 sixth round victory at Sky Bet Championship Middlesbrough.

They will hope their ongoing ownership issues are resolved by the time they run out at Wembley next month and in the meantime, will set about the task of attempting to close a 10-point gap to the second-placed Reds, who trail the reigning champions by a single point.

Asked if they could still involve themselves in the race, Tuchel, whose side have lost only once in 14 games in all competitions – on penalties to Liverpool in the Carabao Cup final – said: “The problem is they are also on a run since a long time.

“We have to be honest. We will never admit anything before things are decided, we will always push ourselves and push ourselves to the limit. We cannot do anything else.

“But we should not get carried away. Two teams took advantage of our problems, so full credit to them and they deserve where they are and we need to make sure to catch as many points as possible.”