Home All The News Payet: Why I was ‘p*ssed off’ and left West Ham 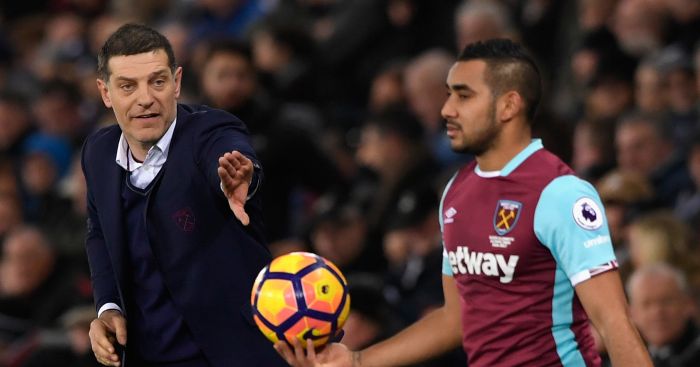 Dimitri Payet has explained the reasoning behind his controversial West Ham exit in January.

His exit was bitter and acrimonious, as he had refused to play for the club again in an effort to engineer the move.

He explains that manager Slaven Bilic’s defensive tactics were partly to blame.

“I had no desire to play in the lower reaches of the Premier League,” he told L’Equipe.

“The defensive system that we put in place did not give me any pleasure. With a 5-4-1 in front of our box, I could have had all the freedom in the world, so it’s difficult for me to explain.

“You could say that I was pissed off, yes. I worked hard in every game without taking any pleasure.

“I had contact with OM and notably with Rudi Garcia, who has a philosophy of play I know well. So the choice was made quickly – if I had waited six months, I would have lost six months.”

Payet recalls one particular match that left him convinced he needed to leave.

“With West Ham, we won 1-0 at home against Hull [on December 17], and our opponents hit the post four times,” he said. “In the changing room, everyone was happy, but our man of the match was the post.

“I told myself that I could not improve there. On the contrary, I risked going backwards. I needed another challenge.”

Opening up further on his decision to leave, Payet says that he had warned the club of his feelings in the summer of 2016.

“I had given them a warning that I would do it and maybe they thought I wasn’t serious,” he said. “Bilic knew that I wanted to go elsewhere.

“We discussed it at the start of the season when I returned from Euro 2016, but the club closed the door and I respected their choice.

“In January, I told them I wanted to go to Marseille and nowhere else… The day they told me no, and that it was definitive, I responded to them by saying I would no longer play with West Ham.

“For a year and a half, they gave me a great deal and I’ll never forget that.”