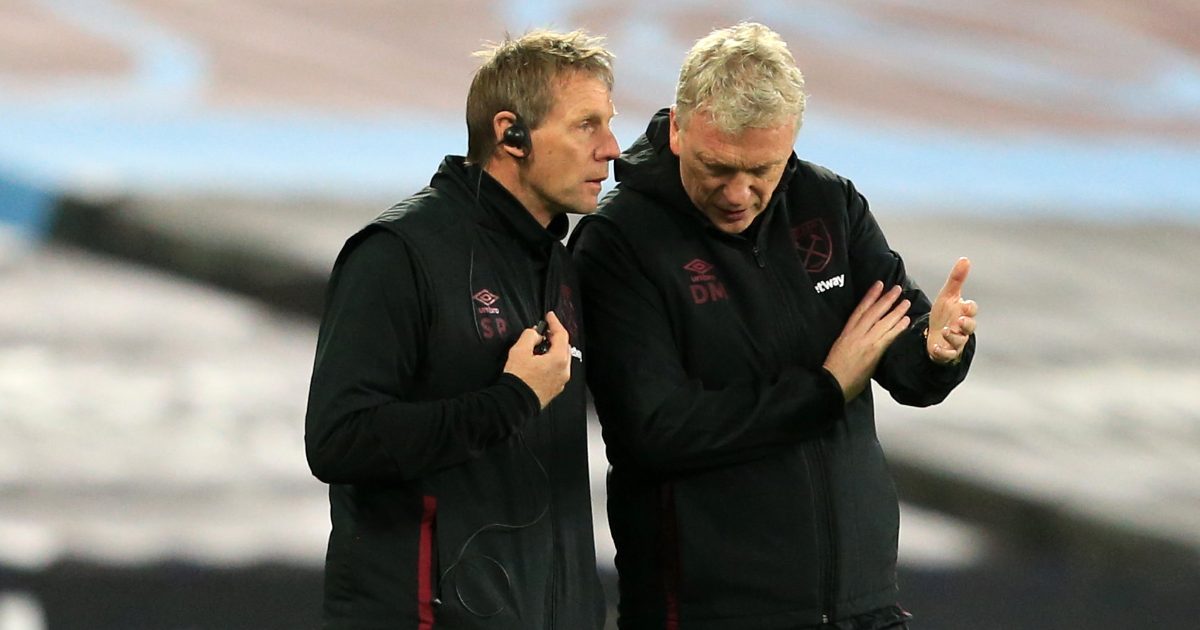 Stuart Pearce has insisted that he will not accept a new contract with West Ham until David Moyes’ future at the club is finalised.

Moyes returned to West Ham at the end of 2019. This was a year and a half after his first reign at the Hammers came to an end.

The Londoners were in the thick of a relegation battle when he took over but he successfully guided them to safety as they finished on 39 points.

West Ham were the surprise package in the Premier League in 2020/21. They enjoyed a phenomenal season as they ended up finishing 6th.

Moyes’ contract expired at the end of the campaign but he is expected to stay on at The London Stadium. Pearce has told talkSPORT that it would not be right for him to discuss a renewal of his own deal until Moyes’ has been completed:

“For all intents and purposes him and the club have agreed to extend his contract.

“Until David agrees his contract, it’s folly for me to make any sort of movements towards signing a new contract at the club.

“The club have made me an offer, which I’ve very grateful for, but I’ve not spoken to them in regard to agreeing a contract because my allegiance is with David. He was the one that brought me to the club.”

Pearce has also heaped praise on Jesse Lingard after he enjoyed a superb loan spell with West Ham:

“Jesse hadn’t been playing for a little while at Man United and he was out of the scene.

“Listen, class is always there. He’s a very classy player, he understands the game very well.

“We were probably a little bit surprised… I was surprised by how quickly he hit the ground running. He had an impact almost immediately.

“Physically he’s a fantastic athlete. A lot of credit has to go to the player, but to David as well.

“David’s got him and playing him in a position that really suited the kid. He thrived on being around the environment that David’s created there.”