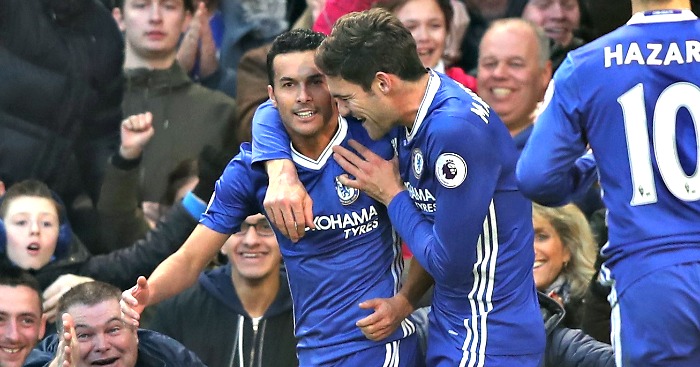 Chelsea star Pedro has confirmed that he will be leaving Stamford Bridge when his contract expires in the summer.

The 32-year-old is expected to return to Spain, but the move is likely to be delayed due to the coronavirus pandemic.

But Pedro insists he is not focusing on his future.

He told Cadena Ser (via Sport Witness): “I’m terminating my contract, but right now it’s not the most important thing, nor have I stopped to think about it.

“From there on what has to do with my future will come, but right now it’s not the most important thing when you don’t even know when you’re going to train again..”

Spain – like the UK and Italy – is in a state of lockdown to reduce the spread of coronavirus, and Pedro says he has spoken to his former Barcelona teammates about it.

“(I’ve talked with) Jordi (Alba), with someone else… and the same, living this situation with much chaos, with uncertainty.

“The confinement, which is also complicated … a little difficult and hard on everything.

“I have not been able to travel either and see my children. I had a chance to be with them, and I could not travel”.