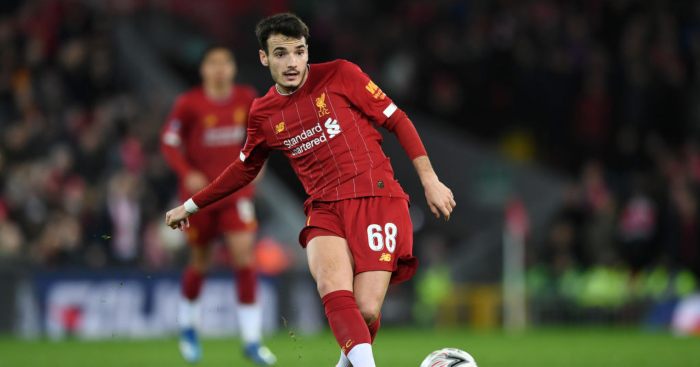 Liverpool midfielder Pedro Chirivella is ready to leave Anfield over a lack of first-team football despite the offer of a new five-year contract, according to reports.

Chirivella, who is one of the longest-serving members of Jurgen Klopp‘s squad, is set to enter free agency in the coming months after the expiration of his contract.

Reports on Sunday suggested that the Reds have offered the Spaniard a new five-year deal, but the Liverpool Echo claims that, while he is yet to make a decision, Chirivella will eventually opt to leave.

The newspaper says that the 22-year-old will go against the wishes of Klopp, who wants him to stay given the uncertainty surrounding the transfer market.

As to where Chirivella could move to, earlier claims suggested Ligue 1 side Nantes were close to agreeing a deal with the player, while Rangers – managed by Liverpool hero Steven Gerrard – are also thought to be interested.

Chirivella, who has been sent out on three loans since moving to Anfield in 2013, has enjoyed a resurgence for Liverpool in the cup competitions this season.

The midfielder made three appearances in the EFL Cup and three more in the FA Cup, leading from the front in the third-round victory over Everton in the latter competition in January.

While Chrivella’s contract is set to expire on June 30, Liverpool can opt to hand the player a short-term extension to see him through until the end of the season, which could resume next month.

Adam Lallana and Nathaniel Clyne are in similar contractual positions to Chirivella, with both also set to leave.