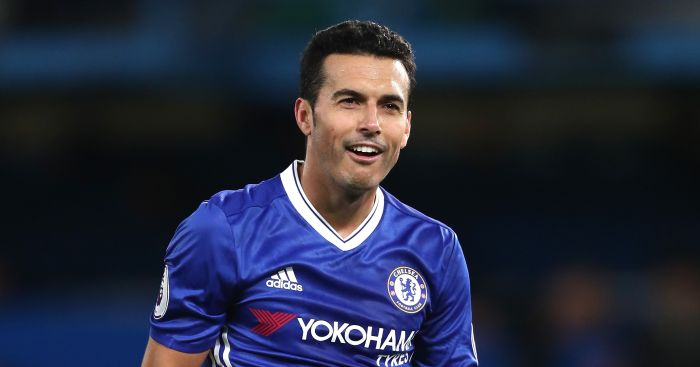 Chelsea forward Pedro has named Tottenham left-back Danny Rose as the Premier League player that has surprised him the most since he moved to England.

Pedro, who joined the Blues in August 2015, struggled in his first season at Stamford Bridge with the club finishing in mid-table.

However, the Spaniard has hit the ground running this time around with four goals and five assists in 16 Premier League appearances.

His performances have helped Chelsea on an incredible 12-match winning run which sees them top of the standings and six points clear of nearest rivals Liverpool.

On Chelsea’s winning run, Pedro told The Telegraph in an in-depth interview: “It’s not new for me.”

“But it’s difficult in this league. It’s different here. At Barcelona, it’s normal to win most of the games and sometimes it’s too easy.”

And Matt Law – a writer for The Telegraph – confirmed on Twitter that Pedro had revealed to him that Rose was the toughest opponent he had come up against during his time in England.

He wrote on Twitter: “When I interviewed Pedro last week I asked him which player in the PL surprised him. He said Danny Rose and rates him as toughest opponent.”

When I interviewed Pedro last week I asked him which player in the PL surprised him. He said Danny Rose and rates him as toughest opponent

Rose was brilliant again in Spurs’ 4-1 victory over Southampton on Wednesday, setting up the fourth for Dele Alli to grab his brace.

Tottenham will face Chelsea on January 4 with Rose and Pedro likely to come face-to-face in the London derby.