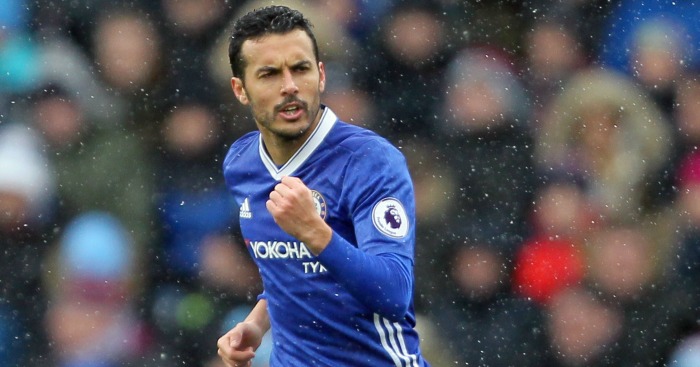 Pedro will return home from Chelsea’s pre-season tour after he suffered concussion during Saturday’s friendly victory over Arsenal.

The 29-year-old Spain international left the pitch midway through the first half of the 3-0 win over the Gunners at Beijing’s Bird’s Nest Stadium after a heavy collision with goalkeeper David Ospina.

Manager Antonio Conte was hopeful Pedro could join his team-mates on the next leg of their tour – Tuesday’s clash with Bayern Munich at Singapore’s National Stadium – but the Premier League club confirmed on Sunday morning that the winger would return to England for further observation.

A statement on chelseafc.com read:

“Pedro stayed in hospital overnight in Beijing for observation having sustained a concussion and facial injuries in last night’s game against Arsenal.

“He will now return to London for further review.”