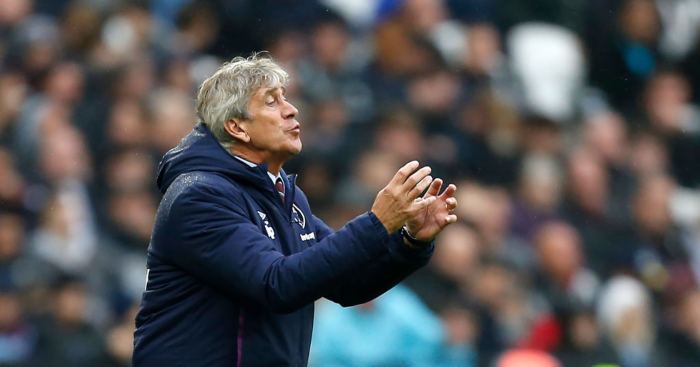 Manuel Pellegrini has promised to keep showing the courage of his convictions while in charge at West Ham, just as Nuno Espirito Santo is doing at Wolves.

The Hammers boss has come under increasing pressure this season before last week’s surprise win at Chelsea offered some respite.

Pellegrini’s side travel to Wolves on Wednesday night after snapping their seven-game winless Premier League run and the 66-year-old stressed the importance of sticking to your beliefs in the face of adversity.

“Maybe the pressure of the media wanted me to change everything, but you must be clear about what happened (at Stamford Bridge),” he told a press conference .

“We came from a bad moment, eight games (in all competitions) we couldn’t win. We knew before the game that Chelsea was a tough game.

“They are a top team with good players and a good manager, but I think that the team demonstrated they believe in what we do.”

Pellegrini said Wolves boss Nuno Espirito Santo had been rewarded for sticking to his guns during his side’s five-game winless run in September.

“As a manager, he is doing a good job,” the Chilean said. “It is not easy to come from the Championship and finish in seventh.

“They didn’t have a good start to this season, but they recovered because they believe in what they can do.

“They never changed and that demonstrates he is a manager with personality.”

West Ham sit four points above the relegation zone after winning only four of their 14 league games this season and Pellegrini remains among the favourites to be the next top-flight manager to be sacked.

“My pressure is my challenge,” he said. “My challenge is to grow this club, to arrive to a big goal this season. We know we have a better team and we will continue fighting.

“You feel highs and lows. You must be calm in those moments when you are not winning and not think you are the worst manager.

“When the team is winning, it is the same. It is not because you are the best manager.”

Pellegrini confirmed David Martin will remain in goal after making his debut for the club at Chelsea at the age of 33.

Martin, son of former Hammers defender Alvin and third choice at the start of the season, also made his Premier League bow in place of Roberto.

Pellegrini, who withdrew Roberto after his below-par displays while standing in for the injured Lukasz Fabianski, must also decide whether to recall club record signing Sebastien Haller up front or retain Michail Antonio.