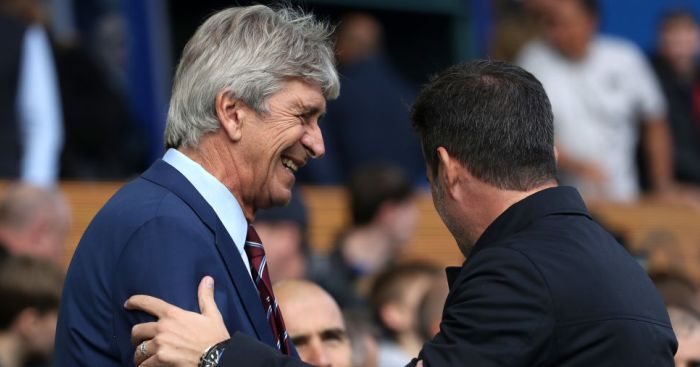 West Ham boss Manuel Pellegrini was pleased with how his side performed against Everton on Saturday, despite the 2-0 defeat at Goodison Park.

The hosts were well on top throughout the 90 minutes and could have scored more goals as they condemned the Hammers to a second Premier League game without victory.

Speaking to BT Sport after the game, however, Pellegrini said that the Blues were too strong for his side on the day.

“I’m happy with the performance, but not with the result,” the manager said. “When you come here, you know before the game that you can lose the game.

“It’s a difficult stadium and always a tough game. Everton came into it with four defeats in a row and we made them give more than 100% capacity, but that doesn’t mean that we couldn’t play a good game.

“After that you can lose but I think that we are able to play better than we did in this game.”

Pellegrini explained Everton’s dominance by referencing the fact that his side were in a similar position going into the same tie last season.

“When you are in Everton’s situation you have more energy, it happened with our team here last season in the same stadium,” the Chilean continued. We came to play against Everton after four defeats, we beat them here 3-1.

“It seemed we ran double than them but today I think that was different. They played every ball as if it was the last ball in their life and we weren’t able to try to level that performance.”

West Ham’s next game sees them face Sheffield United at the London Stadium next Saturday.