Home All The News Pellegrini: Refusal to ‘change’ led to win over Chelsea 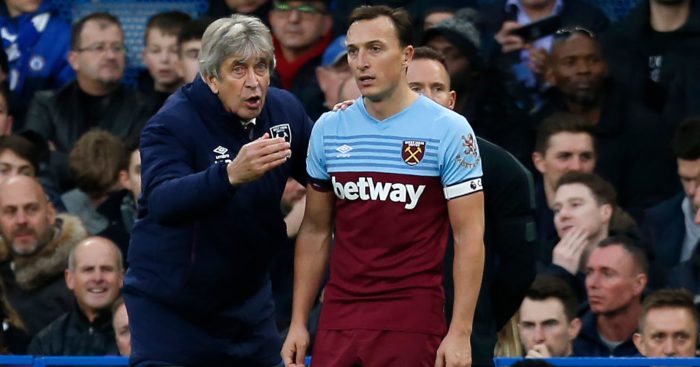 Manuel Pellegrini was pleased that West Ham stuck to their philosophy to help them beat Chelsea 1-0.

The former Manchester City manager was coming under increasing pressure due to a winless run that extended back two months, but Aaron Cresswell scored a rare goal to restore some optimism – in turn making it an afternoon to forget for former Hammers midfielder Frank Lampard.

At his post-match press conference, Pellegrini confirmed how pleased he was with the way his side didn’t change their approach.

Pellegrini said: “Yes [I’m pleased], for the result and not conceding goals. The most difficult thing was not to be worried about the job or the future, it was to keep the players keeping the style.

“I think that we were consistent and solid. We tried to continue doing what this team must do.

“I said to them before not to try to change, not to just to defend but to enjoy the game. The goalkeeper had a couple of the saves. We cannot change our style, we had to believe in that.

“They tried to play, create chances and try to win the game. Chelsea are playing well, but you have to believe you can win.”