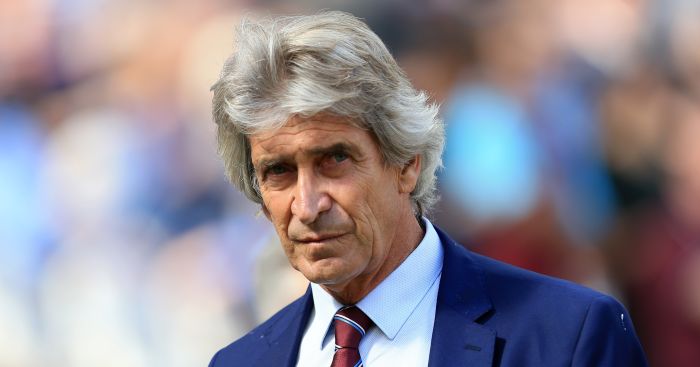 Manuel Pellegrini has urged West Ham to shrug off their injury crisis and get back to winning ways at Southampton.

Hammers boss Pellegrini is set to be without 10 players when they travel to the south coast on Thursday.

But Pellegrini maintains he has a squad capable of bouncing back at St Mary’s and marking the halfway stage of the season with a victory.

“We need to play a lot of games in December, seven games, then after that six more in January,” he said.

“Unfortunately for us we have eight players without the option to return soon. Maybe Marko Arnautovic can be, I don’t know about against Southampton, but soon.

“We need to see about the other two, Hernandez and Balbuena. So that’s a big problem, but we need to trust the squad and try to make a good rotation.

“We have the last game of the first part of the season and if you told me after we lost our first four games that we can finish with 27 points, I’d think that would be a good first round for us.

“We know we have to play a good game against a team that have won their last two games. We will try to recover the points that we lost at home. We will try to add three points more to get to 27.

“This squad demonstrated already that we have the character to improve after that slow start.

“We now try to think in the next game that we will be able to do it. We don’t have any doubts about that.”

Andy Carroll, who has made four substitute appearances since returning from ankle surgery, is likely to start his first match of the season in attack.