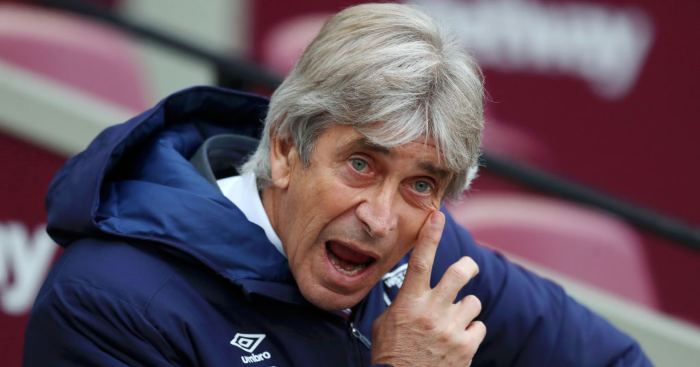 Manuel Pellegrini has been told that results at West Ham must improve if he wants to hang onto his job, according to reports.

The Hammers put in a poor display as they lost 3-2 at home to Tottenham in Jose Mourinho’s first match in charge of the visitors.

Pellegrini’s side have picked up two points from a possible 21 in the last seven Premier League matches, while they also lost 4-0 to Oxford United in the League Cup at the beginning of that poor run.

West Ham‘s last victory was a 2-0 win over Manchester United on September 22, with Chelsea, Wolves, Arsenal, Southampton and Liverpool providing a tricky next five fixtures.

And the Daily Express claims that the club’s board held ‘crisis talks’ with Pellegrini on Monday following the disappointing run of form.

The Hammers hierarchy ‘warned’ Pellegrini ‘that results have got to improve’ but the board ‘do not want to sack Pellegrini’ if they can help it.

Former Brighton boss Chris Hughton – who played for West Ham as a player – is understood to be top of the list of potential replacements, while Burnley manager Sean Dyche is also in the frame.