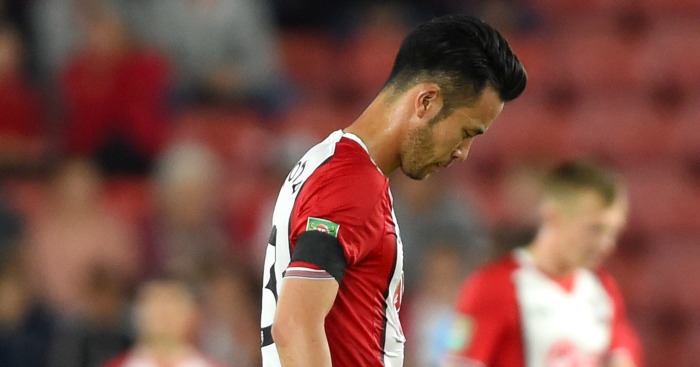 Saints bombed out of the Carabao Cup with a 2-0 second round defeat to Championship outfit Wolves on Wednesday night, with Jan Bednarek particularly poor.

Lazio centre-back Hoedt completed his Saints move this week, and should be in contention to feature in Saturday’s Premier League trip to Huddersfield.

“I think they were more focused than us in the second half in those 25 minutes,” said Pellegrino of Wolves.

“They were more intelligent in defence, that was the difference.”

Saints remain intent on retaining want-away defender Virgil van Dijk past the end of the transfer window, despite adding £15.5million man Hoedt to their ranks.

“Hopefully he can help the team,” said Pellegrino of Hoedt.

“He’s a young boy, left-footed, with quality. Hopefully he can adapt quickly to the dynamic of the team and can help the team to be stronger.”

Southampton were edged out 3-2 in last term’s League Cup final, but were unable to mount any kind of run in the tournament this time around.

Pellegrino accepted the loss as “a step backwards”, before insisting hard work can reverse some of the problems thrown up.

“It’s a step backwards in our way, in our performance,” said Pellegrino.

“The best news for us is maybe we’ll have more time to prepare better for Premier League games, and try to learn from today. We’ve got to learn from this situation.”