Home F365 Says The people’s club? Are we all Leicester City now? 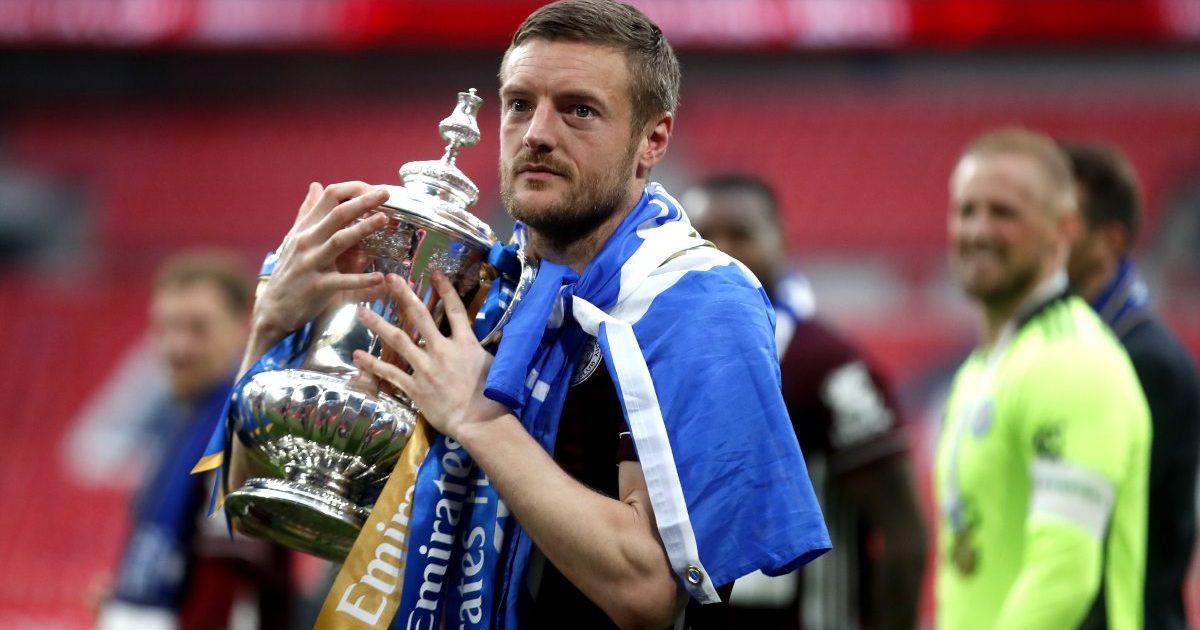 Jamie Vardy loves a party. It’s been so long we had almost forgotten. It was closing down on 90 minutes and the ball went out for a corner following a challenge on the striker. Triumphantly returning to his stance, he beckoned the crowd in hordes no more than five yards away, swaying his arms for the first time in almost 15 months. The noise they returned was quite something. Boy, have they missed this. So have we.

The sense of occasion was not lost. Leicester beat Chelsea to win the FA Cup for the first time in their history; the game was also played two days before we made another Government-legislated step out of this miserable hole we’ve called life for the past year or so.

Yes, this was obviously a cup final victory carrying rather more significance.

Chelsea might have been reluctant partners in the European Super League – think Rodion Raskolnikov believing his repugnant actions could be condoned – but partners they were. These times. The oligarchs, the breakaways, the PR-plastered apology videos, the clubs suing league bodies. The media has a duty to report every facet but sometimes it’s refreshing to just clear such noise, to experience what we’re all here for – the slick passing, the audacious dribbles, the crowd roars, the hardy Belgian talisman blasting into the top corner from 28 yards. Even VAR played its part in the elation on the day; even that unruly gate-crasher could not spoil this party.

But for Leicester, this particular spectacle – arguably simultaneously the best 1-0 win and FA Cup final ever – is a perfect crowning of their own making. An emotive tale no Hollywood producer could have envisaged, it began at Vicarage Road with Troy Deeney breaking hearts seconds after they had the taste of promotion in their mouths. Then, of course, came promotion, the bizarre ostrich outburst, then revival from imminent relegation and then their actual title win, as breathtaking sporting achievement as any.

But every story has an arch, and this was no different in that it was marred with tragedy – the passing of their owner Vichai Srivaddhanaprabha and four others, each dying just yards from where Wes Morgan lifted the trophy to the awe of millions, where Leicester played their first ever Champions League game against Porto.

Leicester’s philosophy is impeccable. They don’t ravage the transfer market to progress. They have a quiet ambition. Steady patience. Even in times of regression: from champions to 12th, to ninth, to fifth, and now firmly in a Champions League spot. It’s remarkable that their net spend is less than £100m since winning the title in 2016 and yet they find themselves back in contention for European football and winning major silverware. They have lost some of their biggest assets – Riyad Mahrez and Harry Maguire, N’Golo Kanté and Ben Chilwell were all picked up by the Big Six – and replaced them with barely any fuss.

Their acquisitions have been immeasurably effective: a glowing model perhaps only shared by Atalanta. Wesley Fofana cost just £9million last summer and is WhoScored’s second-best centre-back in the league this season. Timothy Castagne has been pivotal for just £16million. This week’s hero Youri Tielemans was a relatively pricey £40m but the dogged Wilfred Ndidi was just £17million. Even Kelechi Iheanacho, who seemed destined to be banished to lands where Francis Jeffers and Sadio Berahino roam, has now scored 18 goals this season. His rejuvenation is another component of Leicesterism: not giving in to the impatient high turnover culture the league supposedly requires. There is reason to give time, to nurture. Leicester, doing it differently and winning along the way. 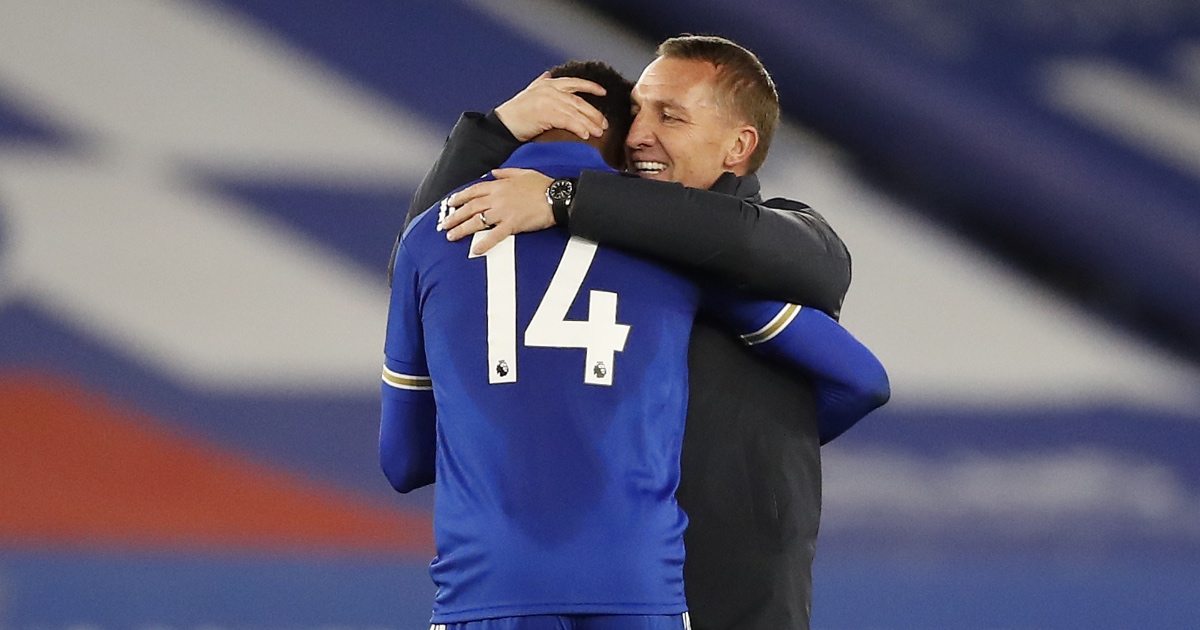 Of course, it’s the Vardy tale we’re always told is symbolic of his club, a walking microcosm of his club’s entire abrupt accession. From Fleetwood to here, a Premier League galactico, the striking python, even at 34. But we must not forget Brendan Rodgers has had an arch, too. Those last bleak days of Liverpool are behind him – the near-miss and the subsequent recuperation he could not pull together. He shouldered their failure and left.

Not with this club. There has been reignition. Leicester are third and he’s won his first major silverware in England. It’s likely that his own story means he too understands the significance of Leicester’s representation in the Premier League. “It has been pretty clear with the talk around the Super League and super-clubs and how they have been defined, but for us we would love to continue growing to be that people’s club as such: the club that supporters around the country look at and hope that their own club can do a Leicester in challenging the elite of the game,” he said.

To do a Leicester – defined as ‘to yield success despite the banker you’re playing against pocketing cash in front of your eyes’. Instead of feeling sorry for themselves. Leicester use this crooked game as a way of elevating their belief and desire. You have to be even more formidable and cunning when you are playing against the house.

Of course we like them. They offer a semblance of hope for the rest of us. You don’t have to play dirty if you play smart. That explained the collective jubilation on Saturday; it wasn’t just an intangible shared feeling of the unravelling of our Covid world, the drawing back of darkness to reveal our real world in its normality once more; it was also that Leicester’s win challenges our deeply held belief that football is naturally unfair.

It shouldn’t be this way. The top clubs in our league should really be a source of pride, yet nobody seems truly bothered by the upcoming Champions League final which features two of our own. But that’s their own making and how they’ve operated for some time, as their own mutinous boys’ club within the league.

Though this is all relevant to Leicester and how they’ve operated, this piece has already given the Big Six too much attention. There is nothing more to be gained in bemoaning the dissenters, to consume ourselves in their failings. In fact, why should we even pay attention to them at all when we have seen what Leicester have twice achieved now? The outsiders can continue to band together and meddle behind closed doors, but the exhilaration we experienced last weekend they’ll never fully quash. And this is hopefully just the beginning.