Home Manchester City Pep: City must be wary of ‘exceptional’ Hasenhuttl and Ward-Prowse 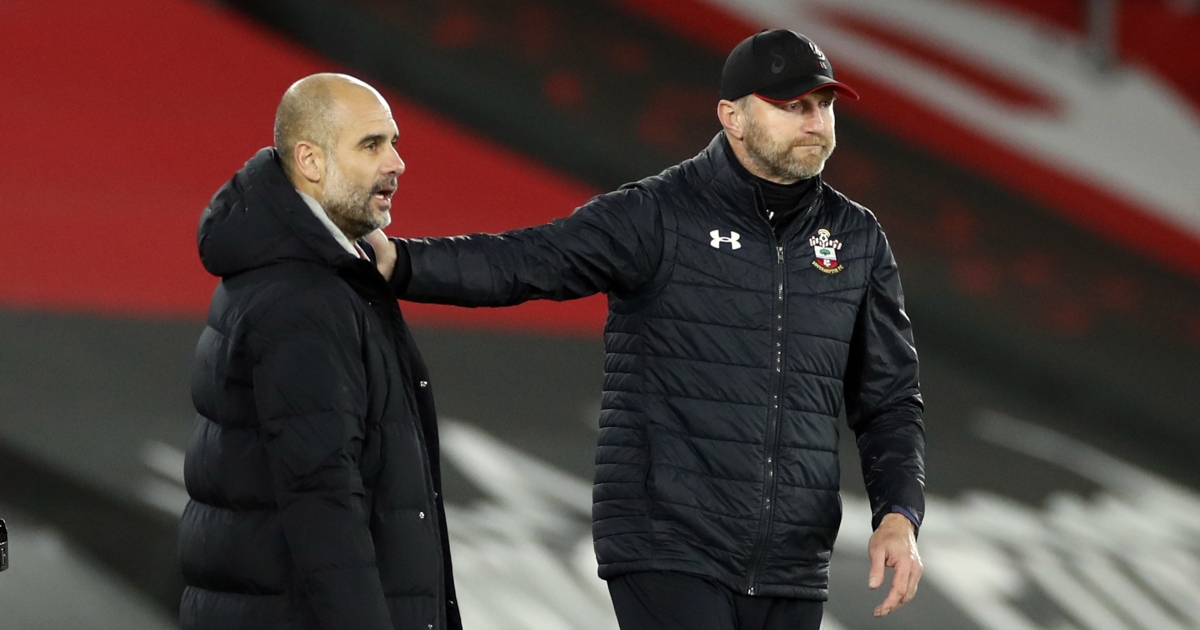 Manchester City manager Pep Guardiola believes Southampton will offer an ‘incredible challenge’ to his side when they face off on Saturday evening.

A win against the Saints could put City 14 points clear of second-place Liverpool at the top of the Premier League table. The Reds would have two games in hand.

Despite their huge lead in the title race, City boss Guardiola is only focused on their trip to Southampton.

“Just focus on Southampton. What we have done so far, I couldn’t care less. The mood is good, I’m so satisfied with the players. The focus for the last week was Southampton,” said the Spaniard.

The Saints are one of a just a few teams to take points off City so far this season. They drew 0-0 at the Etihad in September and Guardiola has praised manager Hasenhuttl and captain Ward-Prowse, who comes into the game on the back of his latest set-piece heroics against Wolves last weekend.

“The quality they have, the exceptional manager. One of the best in the league by far. Always was a tough game, the players know it. An incredible challenge tomorrow.

Pep will be taking the media’s questions ahead of Saturday’s trip to St Mary’s! 🙌

“He is the best taker I have ever seen, right now in the world. No player is a better taker than Ward-Prowse. He is so good, maybe we miss a little bit this quality of a football player.

“A guy who adapts in the same position, he’s a team player, great quality without the ball, with the ball, understanding the game. Set pieces and corners is exceptional. We need to pay more attention.”

Ahead of the upcoming winter break, Guardiola outlined City’s plan, revealing that the club will not be following the likes of Newcastle who will head abroad.

“We spoke with the club, we don’t go anywhere right now for the virus. We decide that everyone goes for their families.”