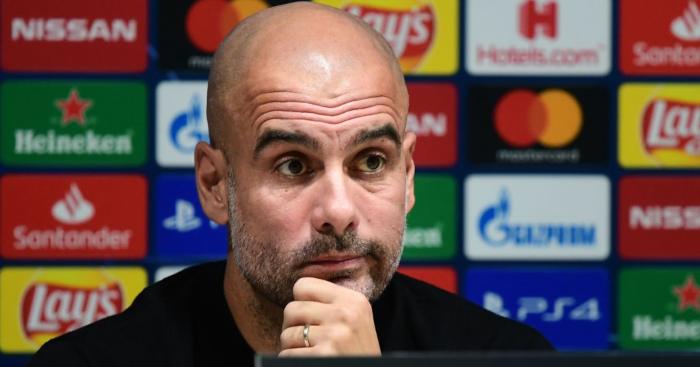 Manchester City boss Pep Guardiola was relaxed about the prospect of Liverpool’s irresistible form this season taking them beyond City’s record 100-point Premier League total, set as they won the title two seasons ago.

“Yes, it can happen,” he said. “Records are there to be broken.

“We broke it when someone said we couldn’t. Sooner or later it will be broken again.”

Man City have endured a dfficult campaign which many put down to a lack of cover at centre-back with Aymeric Laporte out for the majority of the season so far.

Laporte featured against Sheffield United on Tuesday after nearly five months out as City kept their first clean sheet in six games, since December 29’s meeting with the same opposition.

Guardiola said: “He played more than 70 minutes in his first game. He played well but he is not going to solve all our problems. He is one more player we can use.”