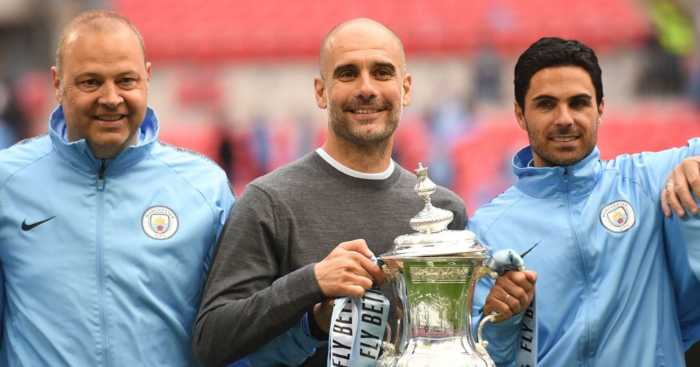 City battered Watford 6-0 to lift the FA Cup at Wembley, completing an unprecedented trio of trophies in ruthless style.

Guardiola had targeted a quadruple, but City were dumped out of the Champions League quarter-finals by Tottenham.

But with the FA Cup in the bag alongside the Premier League and Carabao Cup, boss Guardiola believes City’s consistency in winning a record 50 matches in a single season carries more weight than had they conquered Europe.

“To be the first to win the treble means that if one team is able to do that another team will repeat it sooner or later.

“But we were the first, and that means consistency every day for 10 months.