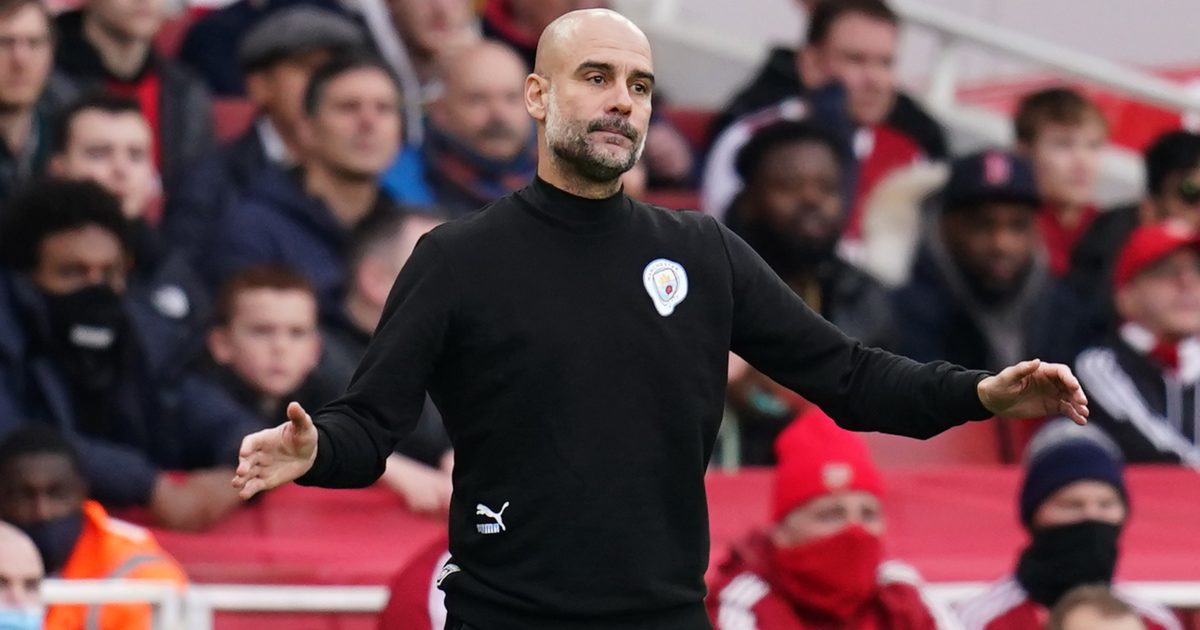 Pep Guardiola has admitted that his Manchester City side were fortunate to beat Arsenal on New Year’s Day as the Londoners made it “difficult”.

The Premier League leaders fell behind at the Emirates as Bukayo Saka scored around the half-hour mark.

Arsenal moved the ball well as Kieran Tierney provided the assist for the attacker’s opener.

City were not at their best but they were gifted a chance to equalise in the 57th minute. This came as Granit Xhaka was adjudged to have fouled Bernardo Silva.

Riyad Mahrez stepped up to take the penalty and he calmly converted to make it 1-1.

The side’s looked set to share the points until Rodri netted the winner for Guardiola’s side in the 93rd minute.

City were now eleven points clear at the top of the Premier League. Chelsea host Liverpool at Stamford Bridge on Sunday afternoon.

As quoted by BBC Sport, Guardiola said post-match that it was “so tough” for his side against Arsenal:

“Arsenal were better. We face a team that in recent years has struggled to be in the top four. They start this season bottom, bottom, bottom,” Guardiola said.

“They have six days after beating Norwich, we have two days. It was so tough for us to come back. We had no energy. That is why we put one more player in the middle to get more control and passes.

“We know in transitions and physicality they have it can be difficult. And it was difficult. We tried and in one minute we have a penalty and then the red card. We’ll try to analyse many things but sometimes the coin falls on your side. We know what it means to beat Arsenal here in this moment they are in. Now we have time to rest.

“We are not a team to score in 90 minutes or added time. I didn’t remember the last time. Maybe two or three years ago with Raheem against Southampton. We do not have this characteristic. But with ten vs eleven they change the system and it took mistakes to win the game.

“I didn’t see their penalty as they did not show it on the screen. They showed it for us for Bernardo’s. Bernardo’s is a penalty but I could not see the Odegaard one, so I do not know.

“It is unlikely as I have said before. Eleven games in a row is great in this period. Look at our bench. We have four academy players. We had many cases of Covid this season and injuries. Phil Foden today. Today with Kyle Walker was his first time on the bench since Covid testing. We were incredibly tired and they were better. But football has happened. Sometimes it comes in our side.”