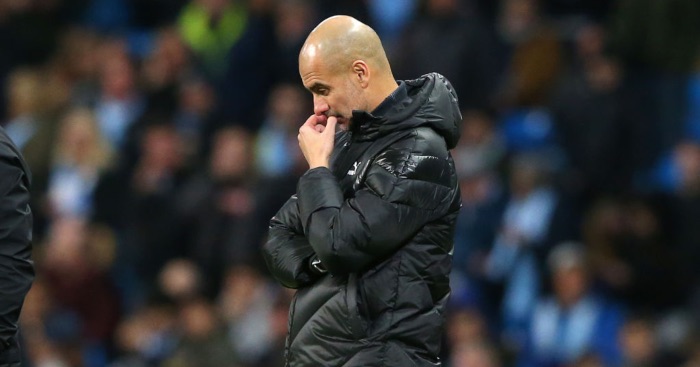 Manchester City boss Pep Guardiola is happy that they can switch focus to the Premier League after securing Champions League qualification with a game to spare, but admits there were problems in the first half.

City were sluggish in the first half of their 1-1 draw against Shakhtar Donetsk conceding too many counter-attacks, but took the lead early in the second through Ilkay Gundogan before Manor Soloman drew the Ukrainians level.

But the point was all Guardiola’s team needed to qualify, and the City boss says that was all important.

“We qualify and we played well in the second half. The second half was better than the first. We conceded only a few counter attacks,” Guardiola told BT Sport.

“I’ve played against Shakhtar Donetsk many times and they always have quality players. In general, we created chances but the draw was enough in the end.

“Now we have one competition already done, and now our focus will be the Premier League, until we arrive in the cups. The target was to qualify and we have done it.

“I’m delighted to be in next round. It was more difficult than people think. Sometimes the opponent comes here to play. They have a lot of quality and important players. The second half was good. First half – a little problems.”