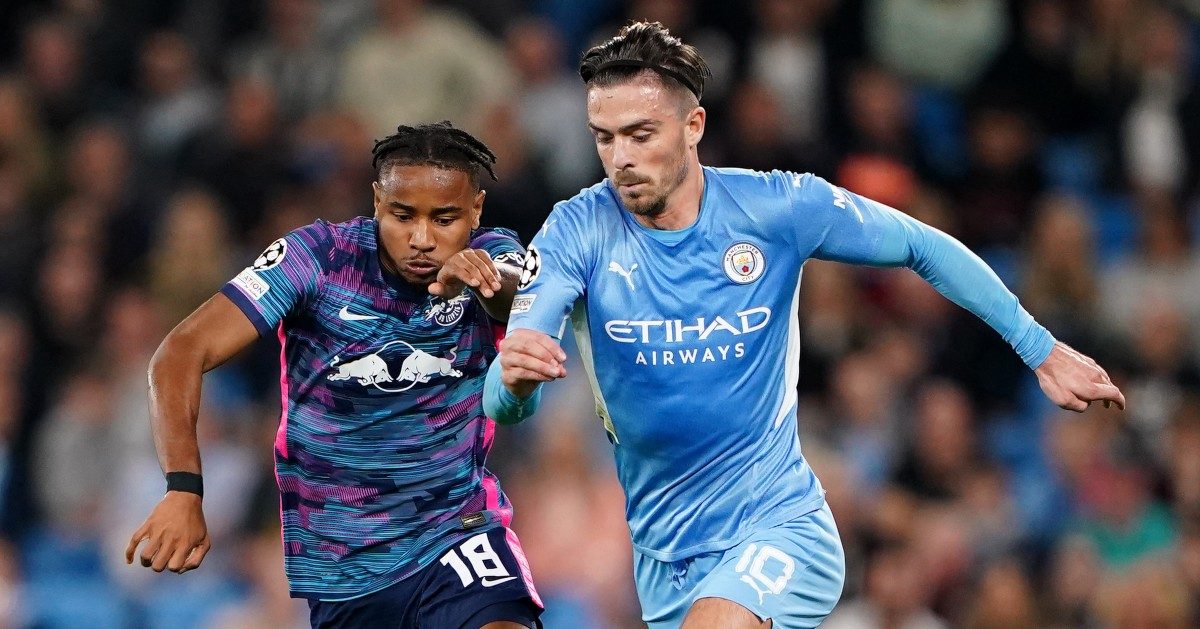 Pep Guardiola has explained his angry touchline exchange with Jack Grealish and Riyad Mahrez in Manchester City’s win over RB Leipzig on Wednesday.

The City manager was seen gesticulating and shouting at the duo at half-time as the players made their way to the dressing rooms.

Grealish scored in the first European game of his career, while Mahrez converted from the penalty spot in the 6-3 win at the Etihad.

But Guardiola was less than pleased with their defensive efforts and told BT Sport: “We spoke in half-time about the way we have to do it and they didn’t do it. Fights happen.

“They are so good, they make four players in the build up to attract you behind the holding midfielders where there aren’t a lot of players, where the ball goes outside and they are so fast when they attack in behind.

“It’s not easy to control it but when you regain that ball there are many players in front of the ball and in the transition to make one or two passes in behind you have a chance to attack.”

But the manager’s frustration failed to put Grealish down and the former Aston Villa captain was noticeably buzzing after the game.

“I loved it,” said the England international. “I’ve been waiting a while. The past few weeks, I couldn’t wait for this game, it’s been a great night.

“For my goal, the ball came to me and when I’m in that position, running into the area, I’d back myself one on one against anyone to have a go and it paid off.

“I’m delighted to come away with my goal and an assist. As soon as the game kicked off, I said to myself in my head ‘I’m actually playing in the Champions League’.

“Just with the music and everything, it was so nice and the goal topped it all off.”

The £100m man was also asked about the argument he had with Guardiola but refused to go into detail.

He said: “That was just defensive work, I won’t go too much into it because he might want the same tactics at the weekend.

“That’s what the manager is like, he’s always wanting more defensively and offensively, and he’s obviously someone that I’m going to listen to after everything he’s done in the game. He’s just giving out useful information.”