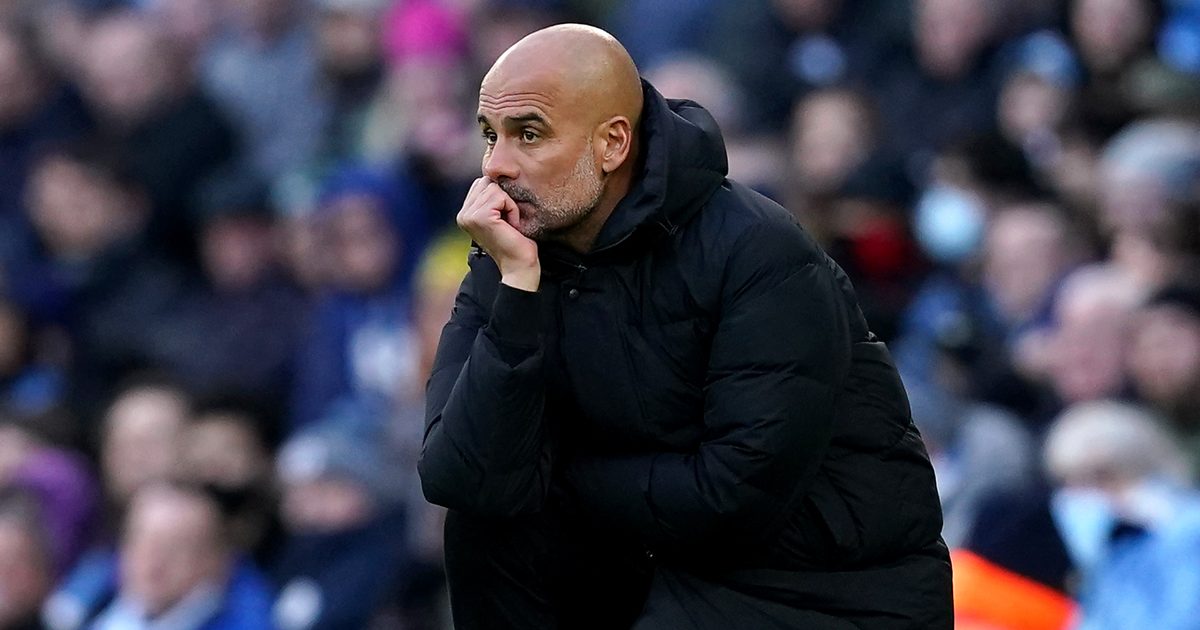 Man City boss Pep Guardiola is “happy” for Raheem Sterling that he scored versus Everton but he called for him to be more consistent amid reports linking him with Barcelona.

Before City’s clash against Everton, Sterling was without a goal in the Premier League since August 21.

But the Englishman got on the scoresheet against Rafael Benitez’s side. Joao Cancelo was the provider for his goal as he superbly picked his teammate out.

The forward made no mistake with his finish as he made it 1-0. Rodri and Bernardo Silva added to Man City’s advantage in the second half as they won 3-0.

This result moved Guardiola’s side back up to second in the league. They are now three points behind Chelsea at the top.

Sterling has been linked with a move to Spanish giants Barcelona in recent weeks.

As reported by BBC Sport, Guardiola stated after the game that Sterling “did a great job” against Everton:

“We gave rhythm into our game, they defended really well, so deep, on the counter-attack. In general we controlled the game. We played the game we should play to beat teams like Everton,” Guardiola said.

“[Rodri’s goal] was great, the strike was amazing. Great goal.

“When one team comes just to defend it is always going to be difficult and you have to be careful. Everything is going to be well in the right moment. The quality of the players we have made the difference.”

On Sterling: “I know him quite well. Since I arrived he has been a key player for us. He has to perform like he performed today and I am happy for him. He did a great job.”

On Cole Palmer: “He played almost 90 minutes. He has more experience. He is a huge talented player. It was difficult with not much spaces there but he played a good game and he will improve in the future as he is so young.”

Rodri said after the game that Sterling “showed his personality” as City beat Everton:

“It’s always difficult after international break. The crowd realised how good we are at this moment of the season. I think we are outstanding right now.

“Of course very happy with my goal, I don’t score many. Many times I don’t have the opportunity to shoot as I pass, but at that moment I felt it, kind of a rocket.

“Very happy because the goal was a beauty.”

On Sterling: “A special day for everyone. It has not been a good time for him but he showed his personality today. He has been such an important player for the club the last years. We need him. I am very glad and happy for him. He deserved this. He trained so well this week.”