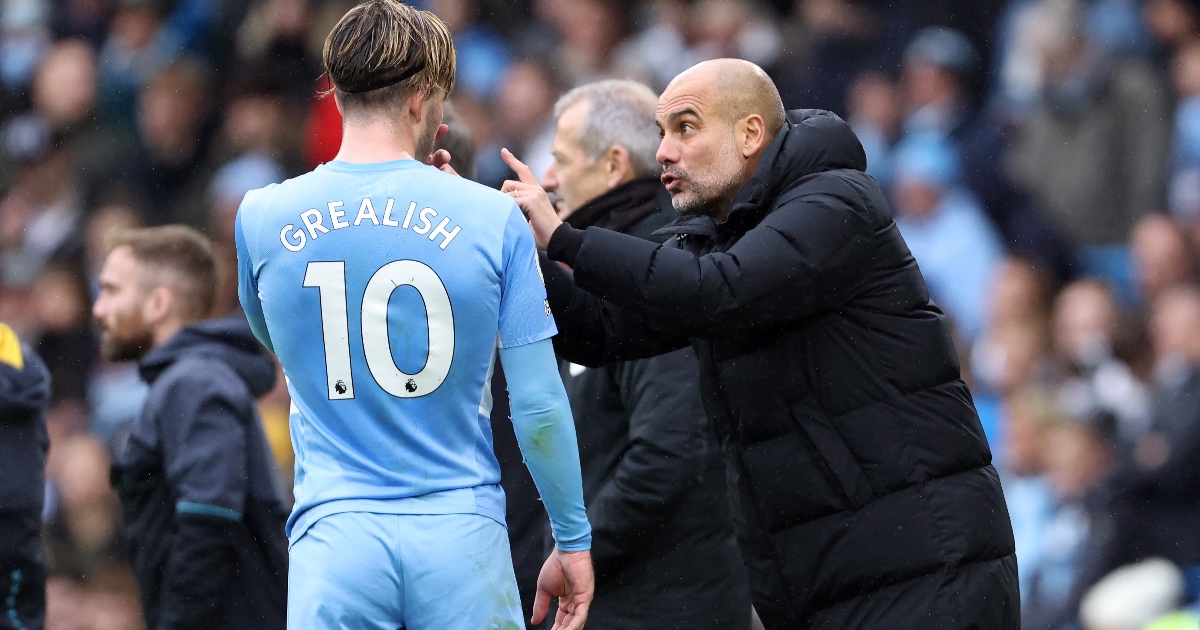 Pep Guardiola believes Jack Grealish would be “a stupid man” if he allowed himself to become distracted by his Manchester City goal record.

Grealish, 26,  has netted just four times in all competitions for City since his £100m move from Aston Villa in the summer.

One of those goals came in the FA Cup on Tuesday, as City secured their place in the quarter-finals with a 2-0 win over Championship side Peterborough. After that game, Grealish said of his goal tally: “I expect more, I want to get a lot more.”

Guardiola, though, is not interested in Grealish’s individual statistics, and would instead prefer that he concentrate on his overall performance for the team.

“I think he’s not frustrated but if he is frustrated, he is a stupid man,” the City boss said ahead of Sunday’s clash with Manchester United. “It’s not necessary to be frustrated after scoring a goal.

“You have to play good, do your best, that’s all. If you score a goal, good, if not, next game.

“Statistics, statistics, ‘I’m happy I’m good if I score 10 goals and after I am 20 points behind the leader.’ What’s important is to play good, help the team to win, and be part of something that we are in all together.

“Of course I want to score 20 goals but it doesn’t matter. [If you] play good, did everything, did your best, honestly after the game you go to take a shower and it’s enough.”

Grealish has operated as a false nine on occasion this season, with City yet to sign an elite striker. Guardiola feels it’s imperative that they plug that gap over the summer.

“I don’t agree with you. You say we play fantastically well without a striker because we are winning. When we are not winning, you say we need a striker, I’m naive.

“How do these guys play without a striker? In the Premier League you have to play with a striker. We try, but sometimes it’s not possible.”