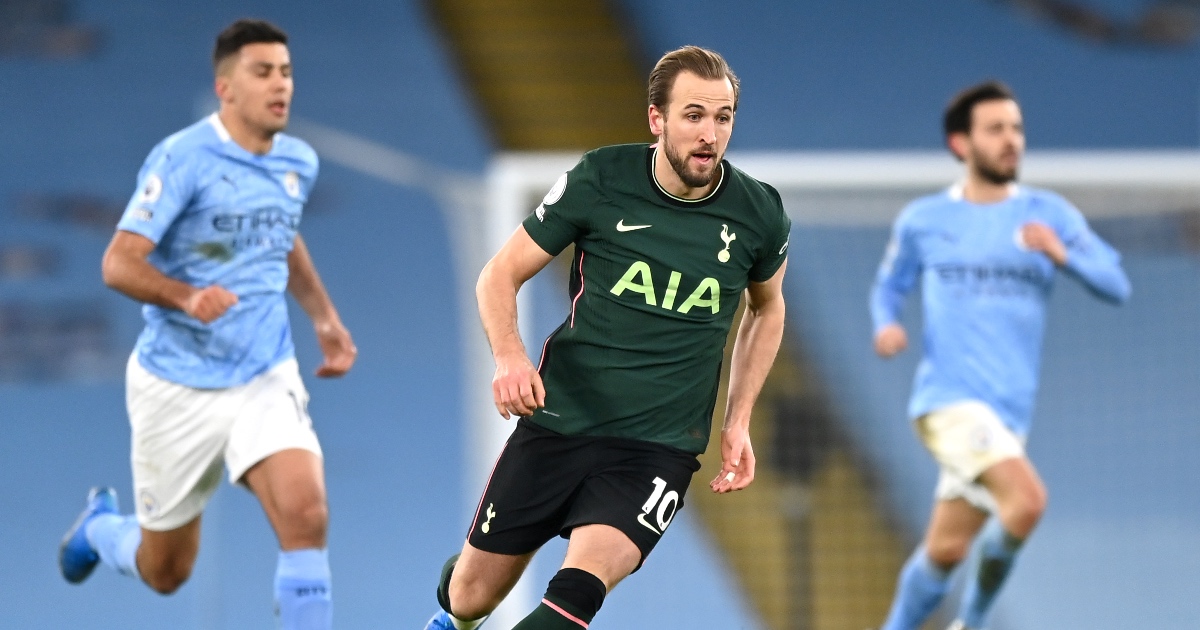 Pep Guardiola has confirmed that Manchester City are hoping to sign Harry Kane, but a deal ‘depends on Tottenham’.

Kane’s future has been the subject of much debate in recent weeks, especially after he missed pre-season Covid tests and the first day of training.

The England talisman is set to return to the club this weekend and could receive a fine.

He is aiming to secure a major transfer this summer in order to compete for trophies, although Spurs chairman Daniel Levy is holding firm.

Reports have stated that he won’t even consider a bid worth less than £150million.

When asked about Kane at a press conference, Guardiola said: “He is a player for Tottenham Hotspur and if Tottenham don’t want to negotiate, it is finished.

“It is different to Jack [Grealish]. He had the release [clause] and Jack is different. Harry is exceptional and we are interested in him but if Tottenham don’t want to negotiate, [there’s] nothing more to say.”

It’s thought that City splashing out £100million on Grealish could affect their ability to spend big on Kane.

“When we could spend this money, a lot is because we could sell £60million. We sell young players from the academy and loan players for £60million and when you sell for £60million, it is possible (to spend £100m).

“We spent on him because he is 26 years old, can spend the next six or seven years here and has incredible talent.”

Angelino, Lukas Nmecha and Jack Harrison are some of the players to have been sold by City in recent weeks.

Kane is widely seen as Sergio Aguero’s long-term successor at the Etihad.

However, he signed a six-year contract at Spurs in 2018 which means the north London club have no obligation to sell.

Manager Nuno Espirito Santo will try to convince the goalscorer to stay so they can compete for a top four spot.