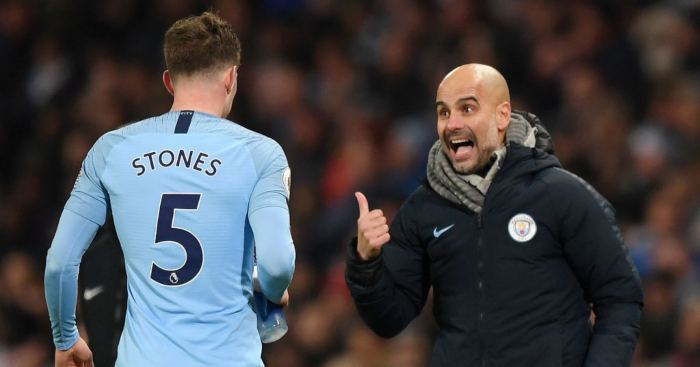 Despite missing Aymeric Laporte for over four months with a serious knee injury, Stones has started less than half of City’s games.

Fernandinho has often filled in at centre-back, resulting in many questioning whether Guardiola has lost faith in the Englishman.

A lack of game time for his club meant he made just two England appearances last year.

But the Spanish boss is hopeful though that the 25-year-old can force his way back into Gareth Southgate’s plans, reports the Mirror.

He said: “I want John to be with the national team. My feeling for him is the same as always.

“I have to make decisions and be honest. It’s not easy when I select Eric Garcia [ahead of Stones], but he played really well and deserved a chance.

“It’s not about a particular reason [that he hasn’t played as often].

“Not just John, but all the players can be selected for national teams. They have to play here as best as possible.”