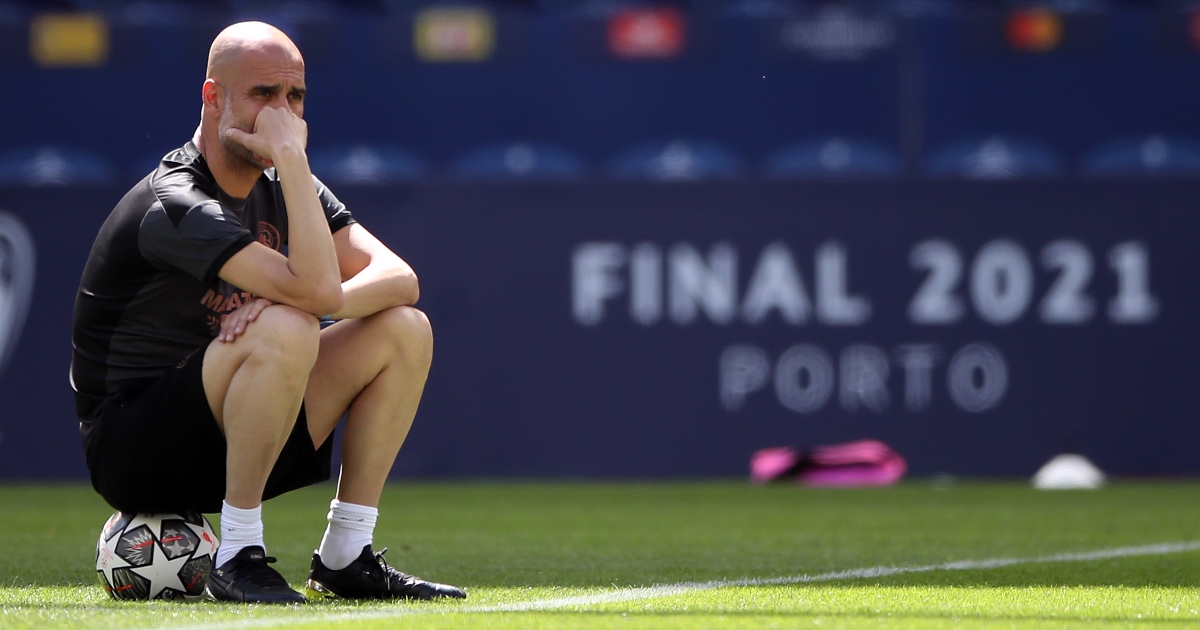 Pep Guardiola is sometimes guilty of getting so caught up in his tactical instructions before a match that he forgets to announce the starting line-up, Kevin De Bruyne has revealed.

Guardiola, regarded as one of the great coaches of his generation, has led Manchester City to three Premier League titles since arriving at the club in 2016.

He is an unconventional thinker and believes strongly in his footballing philosophy, leading to high levels of emotional engagement on the touchline. Constantly delivering frantic instructions, Guardiola has been known to erupt in fits of rage if things don’t go his way.

According to De Bruyne, this chaos is apparent before the match as well, with Guardiola sometimes omitting key details – such as the starting XI – as he scrambles to get across the wider tactical message.

“We always have a meeting before a match and Guardiola will then say ‘we are going to do this and this and that, let’s go!'” he told the MIDMID podcast.

“And then we say: ‘Hey, Pep, who is playing?’ He forgets sometimes. For him winning is important. But his philosophy is even more important.

“Many people don’t understand this. Pep would rather lose with his football principles than get a win from counter attacking tactics. He loves attacking football so much.”

“Before United, Pep said: ‘We don’t know how they are going to play. We shall see.’ And we stopped training after 10 minutes or so,” the Belgian said.

“We have done what we always do, but he didn’t know beforehand if they would play with five at the back, with four, a diamond in the middle, or with three up front.”

City are currently second in the Premier League table, three points behind leaders Chelsea. They host Everton and West Ham after the international break.