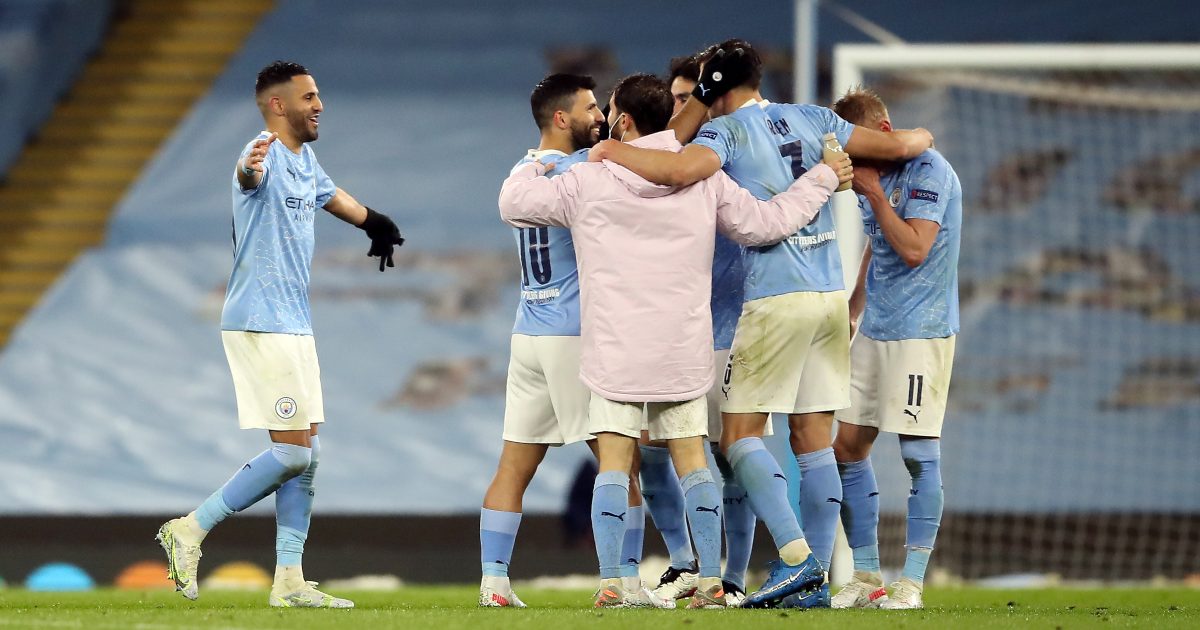 They beat Paris Saint-Germain 2-0 in the second leg, and 4-1 on aggregate, with two solid displays.

Riyad Mahrez opened the scoring on the night at the Etihad.

A swift City break saw Ederson play in Oleksandr Zinchenko down the left. The ball eventually came to Mahrez at the back post, who beat Keylor Navas with a cool finish.

Marquinhos hit the crossbar for the French side in the first half but they couldn’t find an equaliser.

Mahrez scored again after the break to give City one foot in the final. A one-two between Phil Foden and Kevin De Bruyne split the PSG defence open. Foden found Mahrez with an accurate cross and the Algerian slotted home his second.

Tempers began to flare late on as PSG searched for a goal. Angel Di Maria was sent off for a stamp on Fernandinho, while Gabriel Jesus was lucky not to be injured by Danilo or Presnel Kimpembe.

City ultimately held on to book their place at the final in Istanbul later this month.

Reacting to the win, Guardiola told BBC Sport: “It is for all of us and the club. I’m incredibly proud and my first thoughts are with the players who didn’t play today. They all deserved to play, everyone has made a contribution and now it is time to enjoy it. We have to win the league and we have two or three weeks to prepare for the final.

“[PSG] put a lot of players in the middle and we struggled a lot in the first half to high press. We changed at half-time. We recovered the ball better in the second half and we were much better in the way we played. 4-1 on aggregate against a team that beat Barcelona and Bayern Munich means a lot to us.

“They win the league every year, they are a team built to win, they fought to the end. They are a huge team but we were so composed. We fought together and we’re in the final of the Champions League – those are nice words.

“People believe it’s easy to arrive in the final of the Champions League. Getting to the final now makes sense of what we have done in the past four or five years. Every day these guys have been consistent and this is remarkable.

“We scored a goal through the hips in the first game, and today Marquinhos hit the bar in the first half – you can be out for little details.

“United won a title because of John Terry’s slip and Real won a title against Atletico in the 93rd minute. It’s a competition that is so difficult and something in the stars is involved in that.”

Guardiola and City will now eagerly await the result of the other semi-final. Chelsea host Real Madrid at Stamford Bridge on Wednesday night, with the tie 1-1 on aggregate after the first leg.