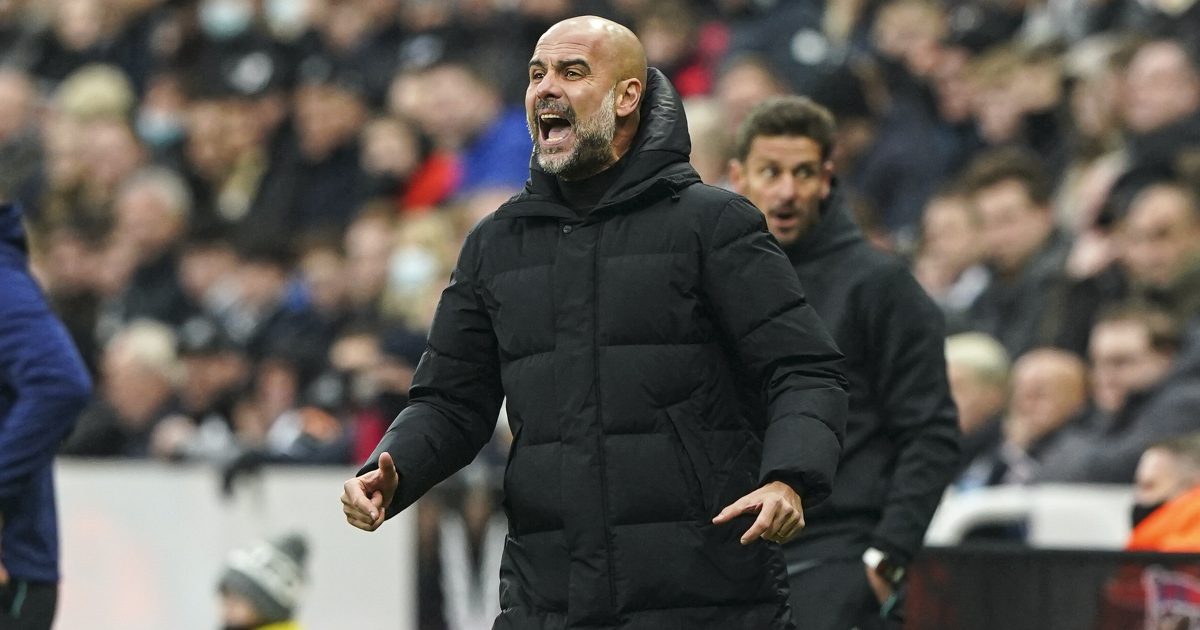 Pep Guardiola admitted that his Manchester City side were “lucky” against Newcastle United but he praised Joao Cancelo for scoring a “brilliant” goal.

Man City went into this game having won seven in a row in the Premier League. A defensive mistake gifted them the lead at St James’ Park before Cancelo’s superb solo goal made it two before the break.

Riyad Mahrez and Raheem Sterling put the result beyond doubt in the second half as it finished 4-0.

This victory ensures that Man City will be top of the Premier League at Christmas. Liverpool will move two points behind them if they beat Tottenham Hotspur on Sunday.

Man City only have two defeats from their first 18 league games of the season. They have won 14 times this term, which is more than any other side in the Premier League.

As quoted by BBC Sport, Guardiola acknowledged that City were fortunate against Newcastle United:

“It was a fantastic goal (from Cancelo), we know the quality he has in the final third and he dribbled and did it.

Mahrez scored his 50th goal for Man City on Sunday. He said post-match that it was a “battle” against Newcastle:

“It’s not bad, as long as it helps the team win games, that’s the most important thing.

“I was quite sure I was onside as I saw the defender running with me so I didn’t think I was offside.

“Every game is a battle. It’s always good to score early in the game and that’s what we did. Overall it was a good game and we deserved to win.”