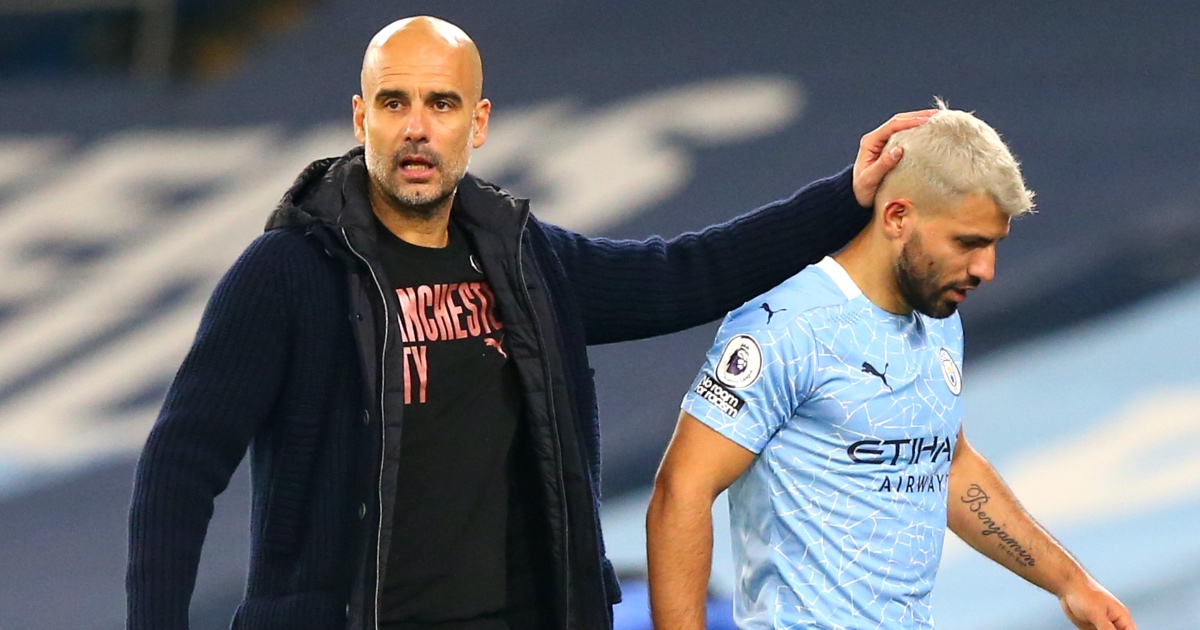 Pep Guardiola is confident Manchester City have the firepower to make up for a lack of goals from their frontline strikers.

City have been without their record goalscorer Sergio Aguero for much of the season, with a combination of injuries and self-isolation restricting the Argentinian to just three starts and two goals.

His natural replacement Gabriel Jesus has also been short of form and fitness this term, and has scored just six times, after injury problems of his own and a spell out with coronavirus.

That has left manager Guardiola needing to find alternative solutions, such as deploying winger Ferran Torres as a makeshift centre-forward or playing any of a number of midfielders as a ‘false nine’.

It may not be ideal but, with City currently on a club-record 12-game winning run in all competitions, the back-up plans are proving effective.

Guardiola said: “Normally when you are on top of the league or winning titles you have one or two top, top scorers. Now we don’t have it and I don’t know if we will have it.

“Sergio will be back hopefully soon but the numbers of Gabriel in the Premier League are not much goals.

“What will help us to still be there is the way we are going to play. If you dream that the striker is going to solve our problems, we are not going to win the games.

“Our game, the way we play, is, in the way we defend – concede few chances, concede no goals; and the way we create – Rash (Sterling), Riyad (Mahrez), Gabriel, Bernardo (Silva), (Ilkay) Gundogan, Phil (Foden), Ferran (Torres) have the chance to score a goal. This is the way we have this season.

“We don’t have a guy who dribbles through players to score a goal every day. It’s difficult to find one player to score two goals in one game.

“We don’t have this specific quality so we have to go as a team to play good and this is our target until the end of the season.”

Another of the keys to City’s success this season has been their improvement in defence.

With summer signing Ruben Dias an influential addition, City have kept clean sheets in 11 of their last 13 Premier League games.

Guardiola, who takes his team to Burnley on Wednesday, said: “The biggest difference right now is defensively, when we are in the box, we are more calm and we don’t make mistakes.

“This is the biggest improvement we have done this season compared with previous seasons. The way we play, concede chances, create chances – is quite similar.”

Aguero is now back in training after his quarantine but Guardiola expects it to be “a few weeks” before he returns to the side.