Home All The News Guardiola: I don’t have much respect for Arsenal off the pitch 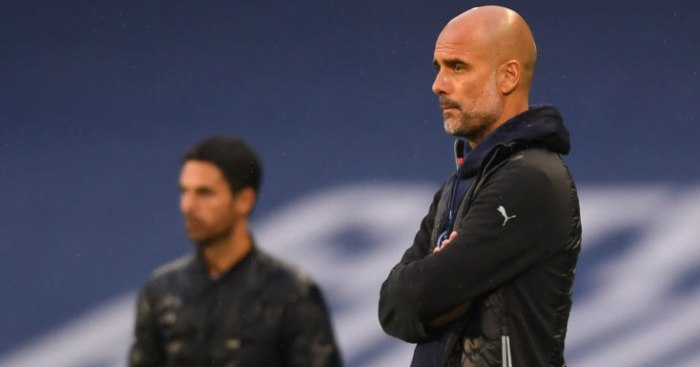 Manchester City boss Pep Guardiola says he has lots of respect for Arsenal “on the pitch” but “not much off the pitch”.

Guardiola was impressed by Arsenal against Man City on Saturday, who are now managed by his former assistant Mikel Arteta – although he made a distinction in his thoughts about the club on and off the field.

Former Arsenal manager Arsene Wenger was a noted critic of City and their past spending in relation to Financial Fair Play regulations.

Guardiola said: “The opponents always deserve my respect and credit, and Arsenal, they have it.

“I have all the respect for what Arsenal are on the pitch – not much off the pitch, but on the pitch a lot. So I congratulate them and good luck against Chelsea in the final.”

Next season will be Guardiola’s fifth at City, meaning he will have stayed at the club longer than his previous managerial jobs at Barcelona and Bayern Munich.

He said: “It’s a challenge for me, I’ve never been five years in one club, to see if we will be able to maintain the levels that we have in the previous seasons.

“In one world where everyone sacks everyone, for managers to keep doing the same job for a long time is so difficult. To be in a fifth season makes me so proud.”