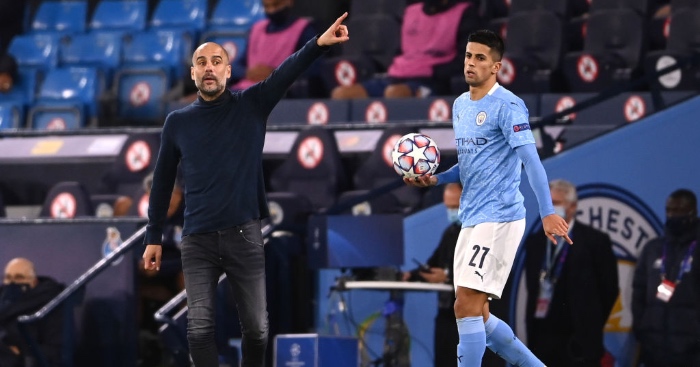 Man City boss Pep Guardiola has praised his team’s ‘good start’ in the Champions League group stages and has also provided an update on Fernandinho’s injury.

City went behind to the reigning Portuguese champions in the 14th-minute thanks to a great goal by Luis Diaz.

Sergio Aguero equalised from the penalty spot not long after to get City back in the game. Pepe had given away the foul by bringing down Raheem Sterling inside the box.

READ: Spurs could send Fernandes back to Benfica in January window

Ilkay Gundogan finally gave Guardiola’s team the lead in the 65th-minute with a curling free kick from more than 20 yards out.

Summer signing Ferran Torres scored his second goal for the club in the 73rd-minute to certify City’s 3-1 victory.

Speaking about the win, Guardiola told BT Sport (via BBC Sport): “The last 10-15 minutes of the first half and the start of the second we played well.

“This is a good start for us and the next step we go to France to get the second one.

“At set pieces they were strong. By the second half we didn’t concede any set pieces or counter attacks so we controlled the game.

“Here in Champions League is an opportunity to play five substitutions and the ones that came on made incredible contribution. We had decided before the goal [to substitute Gundogan] but he made an incredible goal.

“Teams that set up with lots back you have to wait for your moment. We adjusted a little something at the end of the first half. We spoke about being patient, we had to be patient and at the right moment attack them, so we let them run.”

When asked about the injury to Brazilian Fernandinho, Guardiola said: “Bad news, in the place he was injured [before]. His leg will be, I think four to six weeks out, yes it is a big blow for us with these amount of games and no people there. But it is what it is.”

City’s next fixture is away against West Ham on Saturday in the Premier League.