It had been expected that Inter would strike a deal this summer but reports claim City are interested. 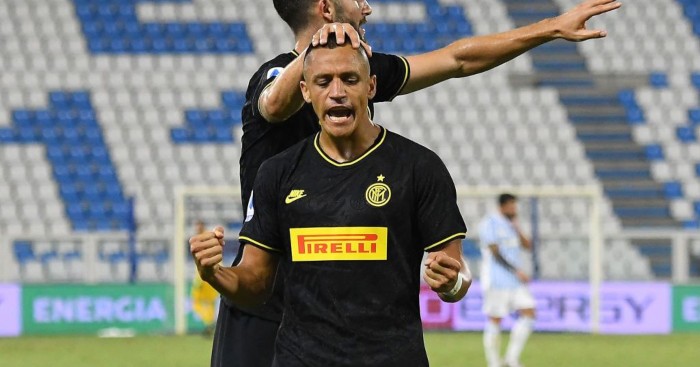 He was sent on loan to Inter Milan in the summer but has been unable to establish himself fully under Antonio Conte due to injury.

Guardiola – who is a big fan of the Chile international – and City were keen on bringing Sanchez to the Etihad Stadium in January 2018 when he opted to make the move to Man Utd – but Chilean newspaper La Cuarta (via Sport Witness) reckon the Citizens are interested again.

It had been expected that Inter Milan would strike some kind of deal this summer, whether that was a loan deal or permanent, but now there has apparently been unexpected interest from City.

La Cuarta claims that City ‘again probe’ for the Man Utd forward with the Premier League club returning to ‘make contact’ with the Chilean’s representatives.

Sanchez is an ‘old love’ of City’s and they intend to find out what they need to pay to beat Inter Milan to his signature this summer.

The report adds that City have a transfer budget of €166m (£151m) this summer and that Sanchez would only set them back €19.2m (£17.5m) with their ‘new interest’ set to put pressure on Inter Milan.