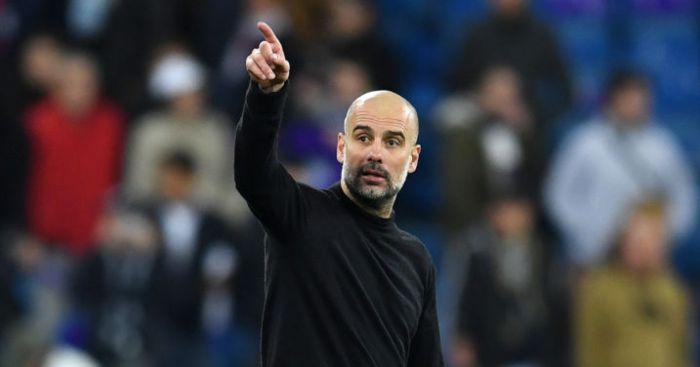 There might be no team better at lulling others into a false sense of insecurity than Manchester City. Theirs seems the sort of side littered with players that would cruise through a practical driving test with no minors, only for Nicolas Otamendi to run 27 red lights in the last minute, Kyle Walker to suddenly start trying to operate the gear stick with his feet or Gabriel Jesus to make a fifth unsuccessful attempt at a parallel park.

From Fernandinho’s introduction for the painfully unfortunate and unfortunately painful Aymeric Laporte just after the half-hour mark to the 59th minute, City had seven shots to Real Madrid’s one, 60.8% possession and more than a vague scent of Bernabeu blood in their noses. Riyad Mahrez should have scored. Gabriel Jesus, too. Even Benjamin Mendy tried his luck.

Then it happened. An ascendant City lost their collective footing, Otamendi, Walker and Rodri contriving to hand Isco an opportunity he could not miss. The City cycle was complete.

Real had chances to add to that lead. Fernandinho made two crucial blocks as City’s filthiest European habit came to the fore. Conceding multiple goals in quick bursts had haunted them against Tottenham, Liverpool and Monaco over the last three years in this competition. So, too, for Pep Guardiola against Barcelona and Real themselves at Bayern Munich. They could not afford for that sort of history to repeat itself.

It did, only not in the way anyone expected. City scored twice in five minutes to secure a mightily impressive first-leg lead. Jesus finally justified his selection ahead of Sergio Aguero with a fine header, before Kevin de Bruyne made their recent penalty struggles look all the more farcical as the most serene man on the pitch.

Guardiola ought to revel in this. While most of the build-up to this game was dominated by double denim, the hour before kick-off was spent picking through his team with a fine-tooth comb. The prevailing theme was that he had overthought it yet again. The irony that he was the only person thinking with clarity of mind will be lost on no-one.

Do retweet this when Real Madrid go 4-1 up, but is this case of 'there's Pep overthinking a big game again' not just him replicating something that worked *really* well recently?

There was an element of fortune, of course; this sort of result is rarely possible without that. But the tactical decisions, the formation, even the introduction of Raheem Sterling ten minutes before he won the decisive penalty, were all vindicated.

The result cannot be downplayed or underestimated. Real had an aggregate score of 17-3 from their last seven Champions League first-leg knockout games at home, scoring three goals against each of PSG, Atletico Madrid, Napoli, Borussia Dortmund and Galatasaray over the past seven years. They had not lost a first-leg game at the Bernabeu since Barcelona beat them in 2011.

Guardiola had the genius of Lionel Messi then. Having to rely on his own unique brilliance this time around will make it no less sweet. Now to avoid a car crash in the second leg.