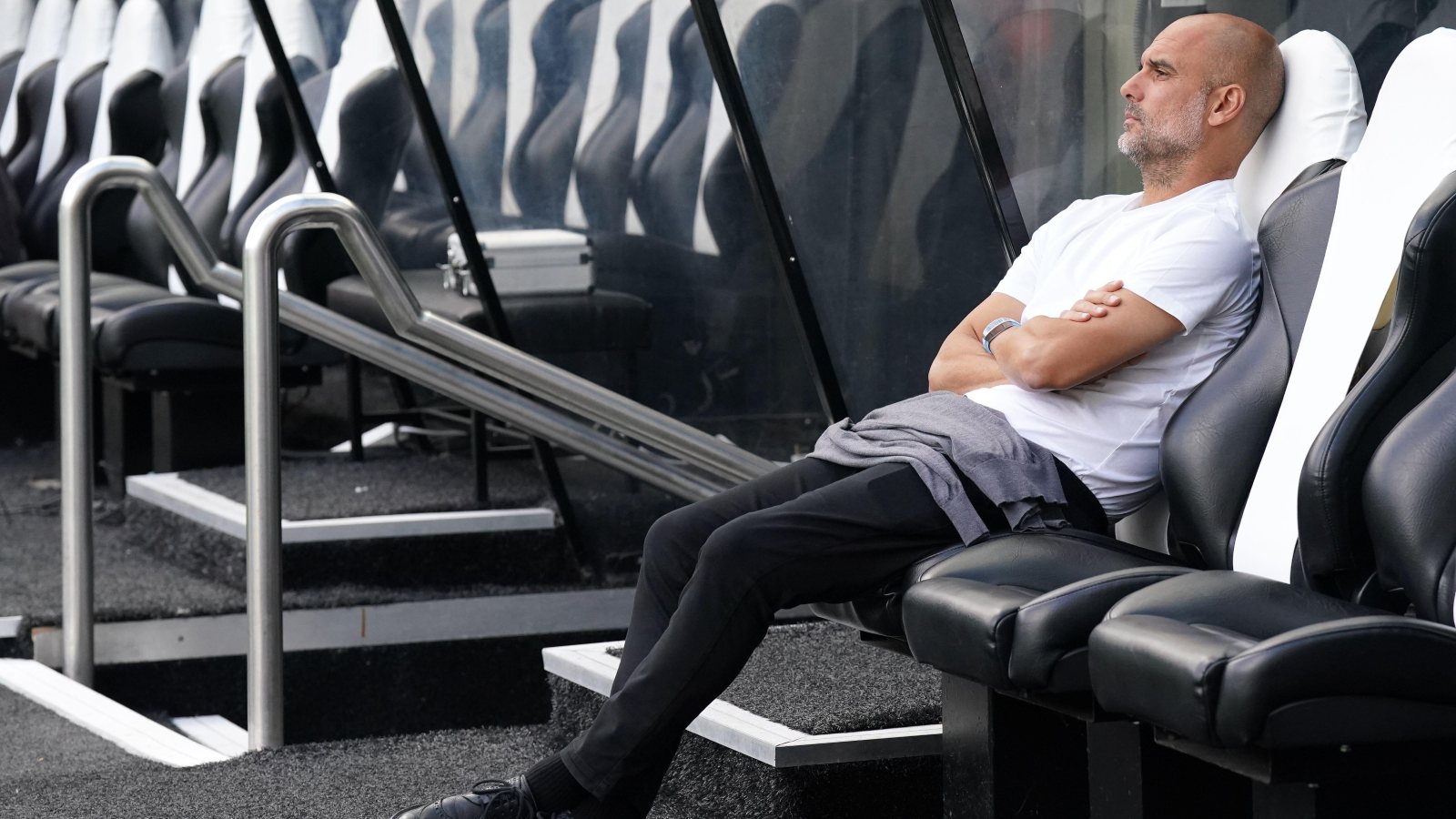 Pep Guardiola welcomed the adversity Manchester City had to fight their way through at Newcastle as they attempt to defend their Premier League crown.

The champions trailed 3-1 at St James’ Park on Sunday afternoon before scrapping their way to a 3-3 draw in a thrilling encounter with Eddie Howe’s men.

Reflecting on a pulsating afternoon on Tyneside, Guardiola said: “Why not give credit to the Newcastle team? Brentford beat (Manchester) United 4-0 and everyone talks about how bad are United, and Brentford? They did something good, no?

“When you take these type of players with this quality, it can happen. It’s the beginning of the season and I think it’s really, really good for us to live this kind of experience.

“That’s what we have to do, we to live these kind of situations. That’s why the Premier League is so difficult. Everyone is going to drop points and we have dropped the first two, but considering how we behaved from 2-1 down…”

City took a fifth-minute lead through Ilkay Gundogan, but found themselves behind at the break after Miguel Almiron and then Callum Wilson, in front of England boss Gareth Southgate, struck.

Kieran Trippier extended the home side’s lead with a fine free-kick, but goals from City’s £51million summer signing Erling Haaland and Bernardo Silva ensured the visitors left with something to show for their efforts.

Asked if he had feared the game was beyond them at 3-1, Guardiola’s mind went back to last season’s 3-2 victory over Aston Villa in which City trailed 2-0 with 14 minutes remaining.

He said: “After what happened against Aston Villa – in five minutes, we scored three goals – I can rely on everything, so no problem.”

Newcastle were grateful for something of a reprieve when Trippier was initially sent off by referee Jarred Gillett for a cynical 73rd-minute challenge on Kevin De Bruyne which he later reduced to a yellow after reviewing the incident.

Guardiola, who admitted he had not seen the tackle again, said: “I think the foul was clear, but I don’t know if it’s a red card or yellow card.”

Opposite number Howe was thrilled with his side’s performance, if ultimately disappointed with the outcome.

He said: “When you’re 3-1 up in any game, you expect to win. I could sit here and say there’s no side of me that’s disappointed – I think I would be lying.

Asked about how far his team was away from competing with the likes of City on a regular basis, Howe added: “Even with the result today, let me make it very clear, we’ve got a long way to go, a long journey ahead of us in terms of growth and trying to improve things.

“But the big positive to take from today is how the players are attacking that. They’re giving everything, and that’s all I can ask of the group we have.”