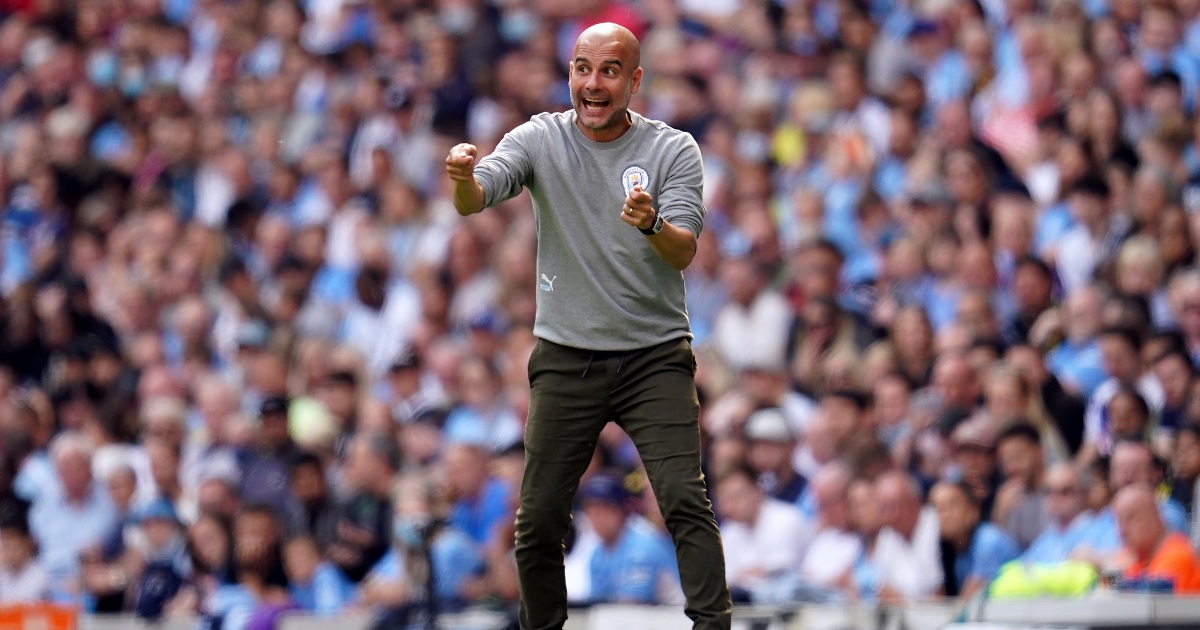 Pep Guardiola has lauded the ‘exceptional’ Bernardo Silva for his part in Man City’s victory over Leicester.

The reigning Premier League champions made it three wins from four at the King Power on Saturday afternoon.

A close affair was separated by Silva’s goal in the 62nd minute, after Kasper Schmeichel was wrong-footed in the build-up.

Before the winner, Jamie Vardy thought he had opened the scoring. He was found by a great Wilfred Ndidi through ball and proceeded to round Ederson before slotting home.

But the linesman flagged and Vardy was shown to be marginally offside when the pass was played.

Harvey Barnes then hit the woodwork following some great work from Vardy on the right flank.

The veteran striker put in a perfect ball, which Barnes headed towards goal. He should have done better and only managed to send it against the crossbar and over.

Silva then stepped up to win it for City. A Rodri shot was blocked, leaving Schmeichel out of position slightly. Silva stabbed home from close range directly afterwards.

Guardiola told BBC Sport after the win: “Excellent. We played really well from the first minute. After the international break, you always have doubts. We were a high level again for three weeks in a row. We had many chances and could have scored more goals. This is a step we still need to take.

“What can I say? The keeper is the best player of the Leicester team because we did many, many good things. You have to be patient. They are so dangerous when they attack outside so it’s difficult to control them but we did well.

“They put substitutions on and they drop a little bit to get the ball so we knew it, but we played really well.

“We score the last 11 goals from nine different players. It’s the only way to sustain our level. [Bernardo Silva] is back in the best form and mentality. He is an exceptional player and we know it.

“Of course I’m happy with the three points. Our performance was outstanding. Leicester, like the last years, have always been fighting until the end. I’m very pleased. If you are able to score or shoot, I don’t know how many, it is because you are doing very good things. Kasper Schmeichel is an incredible keeper and saves these goals.”