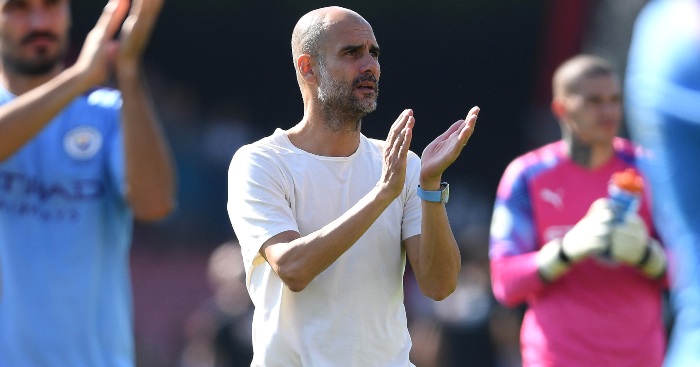 Manchester City boss Pep Guardiola singled captain David Silva out for extra praise for his display in his side’s 3-1 win over Bournemouth on Sunday.

Two goals from Sergio Aguero and one from Raheem Sterling – either side of a spectacular Harry Wilson free kick – were enough to see the Citizens move two points behind Liverpool in the table.

Speaking to reporters at his post-match press conference, however, Guardiola said Silva – who was making his 400th City appearance – was the key man for his side.

“[Silva] played incredibly well,” the Spaniard said. “David in this kind of game – with a defence so deep and with such few spaces – is so good. He’s one of the best players I’ve ever seen.”

Speaking about his side’s performance in general, Guardiola added: “It was a tough game, we knew it would be. We have seven points. We should have nine, but it’s OK.”

City’s next game sees them host Brighton at the Etihad Stadium on Saturday.