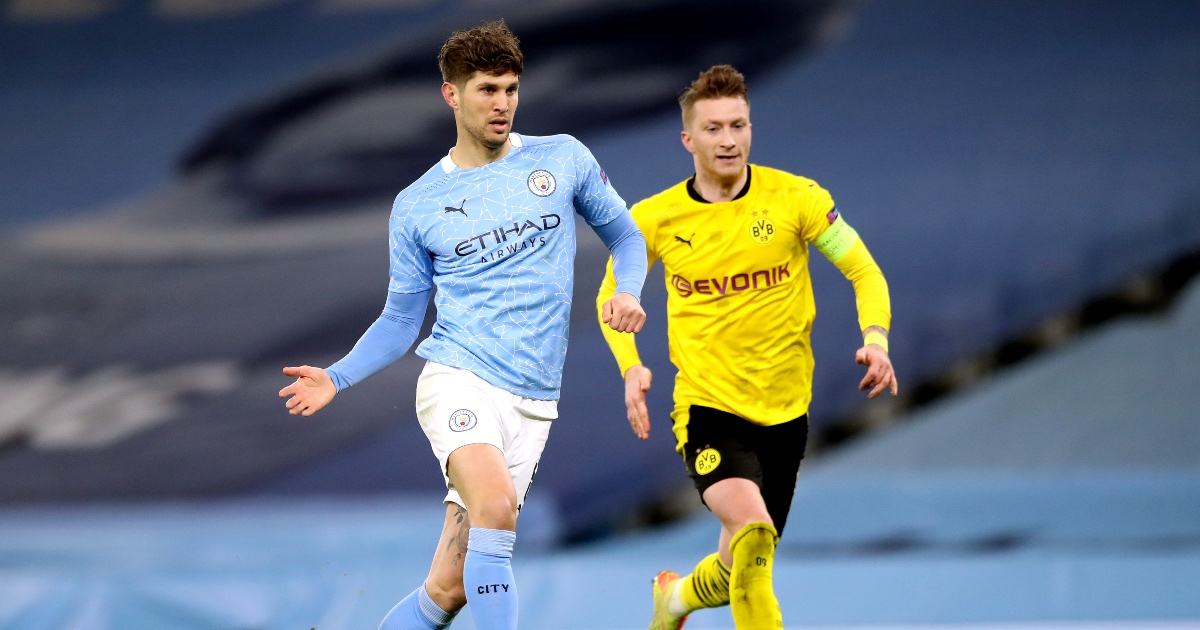 Pep Guardiola says his Man City team will ‘go there to win’ in their Champions League quarter-final second leg against Dortmund.

Man City took the advantage on Tuesday with a 2-1 victory at the Etihad in the first leg.

Kevin De Bruyne opened the scoring in the first half with a sweeping finish after being set up by Riyad Mahrez.

Guardiola’s side had profited from an Emre Can mistake. The former Liverpool man gifted the ball straight to Mahrez, who linked up with Foden before playing in De Bruyne.

Dortmund then thought they had levelled through Jude Bellingham, only for the Englishman’s goal to be controversially ruled out.

He stole the ball off City keeper Ederson and resultantly put the ball into an open net. But the referee penalised Bellingham for his challenge, despite the contact coming from Ederson.

Dortmund finally got their equaliser in the 84th minute.

Haaland played in skipper Marco Reus, who confidently dispatched of the chance to set up an intriguing last five minutes.

Phil Foden, arguably the best player on the night, stepped up to provide the winner for Man City in the final minute of normal time.

Speaking after the victory, Guardiola told BT Sport (via BBC Sport): “Better to win than draw. 2-1, Champions League, we are going there to win the game. In the first half we were not clever with the ball. The second half was much better, we had two or three clear chances to score the second and third but it didn’t happen. After we concede 1-1 we scored the final goal.

“Dortmund are strong, good quality with the players they have. [With] their quality it is difficult to do what we want to do it but 2-1 and we have a good chance next week.

“We are going to watch the game. We will adjust a few things to go there and try to win the game. Next Leeds and then we go to Germany to try and win the game.

“Borussia Dortmund is a typical club from the Champions League. We have one more game there and with the result 2-1 we will try to score the goals there to win.

“We are going to analyse what we have to do like we have done for four or five months. Every game we play to win.”