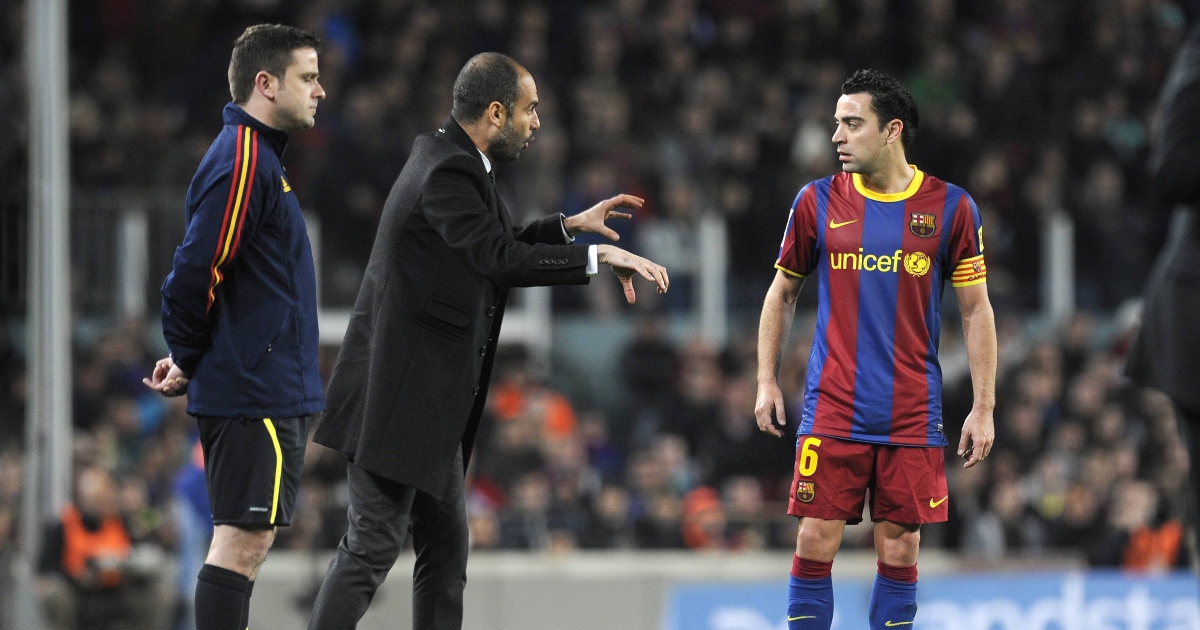 Manchester City boss Pep Guardiola believes Ronald Koeman will understand his sacking at Barcelona and has revealed he believes Xavi is ready to take over.

Koeman was sacked on Wednesday after the club fell to a 1-0 defeat to Rayo Vallecano, a result that leaves Barcelona ninth in La Liga.

Guardiola, a former Barcelona player and manager, coached the current favourite for the role, Xavi, during his time at the Camp Nou and has offered his support.

“First of all I don’t know what will happen. They have an interim manager and I wish him luck, he’s a close friend. Xavi, if it happens, I don’t have any doubts he’s ready to do the job. He knows the environment which is so important. He knows the game, he has passion. He has more experience now that I had when I took over.

“Koeman knows and Sergi knows and Xavi and I know, the success depends on the recruitment and the players. People forget we are the responsible but our influence is more minimal than people believe. The success I had was because of the quality of the players. Xavi of course is really good, I wish if Xavi is the next manager him all the best and hopefully step by step the team can come back.”

Guardiola also admitted that Koeman will understand that football is a results business and will accept that his sides form has not been good enough.

“Ronald and myself know exactly that we depend and live and expect and we are there for the results. Nobody can survive without results, no Koeman, no Pep. He’s a friend of mine, I wish him the best and will see him soon and I’m sure he did good things for the young players in the academy. Everybody knows it, doesn’t matter what you do it depends on the job.”

The City boss was then asked if being judged on results was fair, with the Spaniard quick to admit that’s the way it will always be.

“If you want to change it you have to dedicate another business, don’t be a manager. It’s been like this for centuries and it won’t change. Society wants one guy responsible for good and especially bad things.

“Football always has people involved depends on many things for many reasons a manager cannot control. Sport is many people, not individual sport. The results and success and good things depends on many factors. But in society when politicians go wrong, who is responsible? In world football, it’s the managers who are responsible for everything.

“Should be different maybe but it’s not going to change. We have to accept it. Want to change it, do another job and go to university and make another business.”