Home All The News Lijnders: How Coutinho exit altered transfer strategy at Liverpool 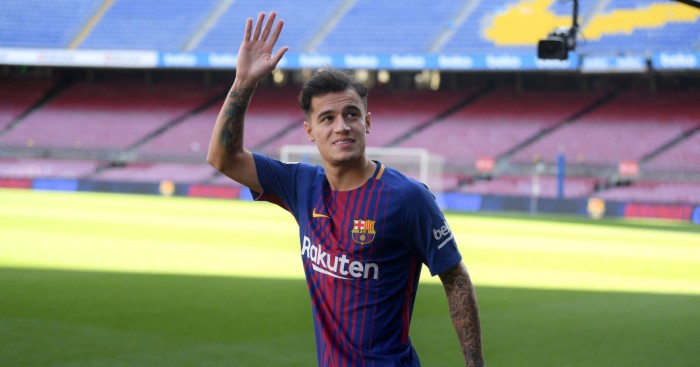 Philippe Coutinho’s departure to Barcelona completely changed the transfer strategy at Liverpool, according to the club’s assistant manager Pep Lijnders.

When Coutinho swapped Liverpool for the Catalan giants in 2018 he joined a long list of the Reds’ best players who had left to pursue glory elsewhere.

The likes of Luis Suarez, Fernando Torres and Raheem Sterling all departed Anfield when the club might have preferred to keep them but Lijnders thinks that has now changed.

Speaking to AD, Lijnders explained how the Coutinho sale altered their transfer approach: “Yes, that was a conscious strategy.

“The difference between ‘top Europe’ and ‘sub-top Europe’ is that ‘top Europe’ can keep its best players together for a longer period of time.

“Liverpool was still that sub-top [in 2018]. Players left because they could go a step higher.

“When we won the Champions League [in 2019], we felt now we have to do everything we can to keep the group together. If it succeeds, that is the most important purchase.

“Sometimes you look for gold, but then it turns out you’re on it. I also strongly believe in promoting young players. To get fresh blood into a team like that.

“That is my Dutch nature. And also my own experience as a trainer in the training of FC Porto. Trent Alexander-Arnold joined the youth academy and joined the team along the way, Joe Gomez ditto [from Charlton].

“Now talents like Curtis Jones, Harvey Elliott and Neco Williams are coming. You can do that if the core group of your team stays together for a longer period of time, and has the right mentality.”